5 Tips For When You Feel Overwhelmed at Home

Home Might Be Where the Heart Is, But It's Where the Stress Is, Too. There Are Chores to Do, Meals to Cook, Laundry to Clean, and Noses to Be Wiped 24/7. Sometimes, It Just Feels Like Too Much. This is For All the Overwhelmed People Out There.

l have days, as we all do, when it all seems like too much. There are piles of junk mail and nameless bits of paper on the counter, a load of laundry molding in the washer while another is piled on the dryer, waiting to be folded, my son is sitting in the corner of the kitchen eating who knows what crumbs off my crumby floor, my husband is getting home in ten minutes from a stressful day at the office and I have nothing cooking on the stove. At times like these, I want to throw my hands in the air, shout, "I give up!" and then sit down and watch some mind-numbing television show for the rest of the night.

This is not an option, however. I know from the many conversations I've had with friends, neighbors, and family members that this feeling of being totally overwhelmed is not limited to a few poor souls. Everyone feels overwhelmed at times, whether by work, financial problems, relationship issues or family obligations. What people want most at these moments of overwhelm is a way to take back some control in their lives and prove to themselves they are capable of accomplishing their goals.

Being overwhelmed by trials in your home life might arguably be the most common type of problem. Everyone has a home of some sort, bills to pay, and families to connect with. For those times in your life when the struggles of life seem most impossible to surmount, remember these tricks to help you realize you can take control over your own destiny.

1. Get one thing done

Sometimes the source of your trouble is feeling like there is just too much to be done. I feel like that when I've neglected cleaning the kitchen for a few days; washing dishes just as they're needed and sweeping crumbs to the edges of the counters. The key to conquering this overwhelming feeling of not knowing where to begin is to choose one thing to clean — the upper countertop, the kitchen table, the living room floor — and get it done. Don't focus on your entire tasks. Break it up into smaller, easier tasks to accomplish bits that you can work on throughout the day between other, more pressing tasks. Before you know it, the kitchen counter will re-appear, and the stovetop will sparkle. You won't feel like you've spent hardly any time on it.

2. Pay off a creditor

If mortgage payments, loans, and credit card debt are getting you down, stop procrastinating your payments and take an active interest in paying off those debts more quickly. A good way to do this is to list your outstanding balances in order of lowest amount to be paid to highest. Then try to put a few extra dollars a month aside so you can pay off that smallest debt. Once it's paid off, use the extra money you were using to pay the loan to increase the amount you're paying on your second smallest loan. That keeps you from feeling like you're shelling out more money—by this time you should be used to getting by on less. Use this system to pay off each of your debts so that every time one is paid off, you have a higher amount to put toward the next one in the list.

3. Write a thank you letter

These are the things we tend to put off thinking we'll do it another day when we're less busy or more motivated. Eventually, you forget and the thank-you note is never sent off. At some point in your day, you should have a couple extra minutes when a child is napping, or you're waiting on hold with the insurance company that you could devote to jotting down a few lines to express your heartfelt gratitude to someone. Not only will sending this make someone else's day, you'll have a better day as well, knowing you've performed that little act of service.

Television is a time stealer. The more time you devote to it, the less time you have to get everything else done. Think of how much less overwhelmed you would feel if you got the house tidied before you sat down to watch your show. It's so much easier to relax when nothing is nagging at the back of your mind, vying for attention. See if you can spend even one hour less a day on watching television. You'll be surprised at what you can accomplish.

Yes, paying your bills immediately after getting them takes away the drama of wondering whether the money to pay for electricity will get there in time, but you'll be thankful for your foresight in the long run. Putting off paying bills until a time when you aren't busy isn't an effective plan: there will never be a time when you're less busy. Plus, paying bills at the last second means you run the risk of incurring late fees, which will put further strain on your finances.

Of course, through all of this be sure you have someone to confide your worries and fears. Your burdens will feel much lighter when you talk to your partner or friend or mother about what kinds of overwhelming trials you're dealing with. And perhaps you'll find that when you realize they have similar trials, your own won't feel so difficult after all. 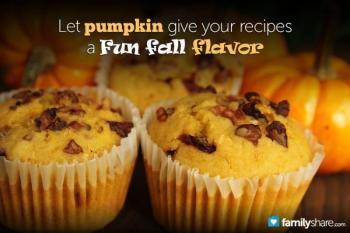