It's True, You Should Be Cautious While You're Pregnant, But There Are Also Some False Myths Circulating That You Should Be Aware Of. The Following Are the Top six Pregnancy Myths and What the Real Story is Behind Them.

When you're pregnant, you'll hear all kinds of advice, solicited and unsolicited, from friends, neighbors, family and random strangers on the street. A lot of it is conflicting. After a while, you probably feel like you shouldn't stir outside of the house, or out of bed, at all.

1. Myth: Exercise can harm the fetus

A reasonable amount of daily exercise in proportion to your own fitness level can benefit the fetus. Whatever level of activity you had before becoming pregnant you can continue during pregnancy. This will help keep you from gaining too much weight, boost your metabolism and improve your mood. Just be sure you drink plenty of liquids and eat healthy snacks, so you're not running on empty. Babies of active moms have also been known to have lower birth weights and better cardiovascular health.

2. Myth: You're eating for two

: For most of your pregnancy you're eating for one plus a teeny tiny human that has microscopic caloric needs. You don't need to increase your caloric intake at all during the first trimester. Rather you should focus on getting your calories from healthier places. In your second trimester, you can increase your intake by 350 calories (a couple of extra glasses of milk and some hot cereal.) Then, in your final trimester you can up it to 500 calories (add some whole wheat toast and an apple to your snacking.)

3. Myth: Having sex can jumpstart labor

Chances are it won't start labor but it will let you get a little extra exercise and certainly won't hurt you any. There are some chemical reasons why it would make sense that sex would start contractions, but a number of studies have found no proof it makes a difference. For instance, a research study where doctors randomly encouraged couples to have sex to start labor showed no difference between those who did and those who didn't have sex.

4. Myth: How a woman "carries" can predict baby's gender

How a woman appears to be carrying a baby - with a high baby bump or low baby bump - depends entirely on her own physiognomy and if she has been pregnant before, not on whether the baby is a boy or a girl. Dr. Phil explained that women who are taller appear to carry higher while shorter, fuller women appear to carry lower. Also, after the first pregnancy, stomach muscles stretch more easily and the woman is more likely to carry low.

Don't avoid fish altogether just be choosy about the types you eat. In fact, eating the right types of fish could be an important bonus to your diet because fish is rich in the omega-3 fatty acids that help with the development of the fetus' brain and vision. However, certain fish are high in mercury and should be avoided while you're pregnant, including swordfish, shark, tilefish and king mackerel.

There a thousand or more other pregnancy myths circulating. But now that you know the truth behind these, perhaps you'll be more likely to take your neighbor's advice to stand on your head to induce labor with a grain of salt. Do your research before acting on any advice that sounds a little kooky, and always feel free to consult your doctor. Here are some tips on how to stay healthy during your pregnancy. 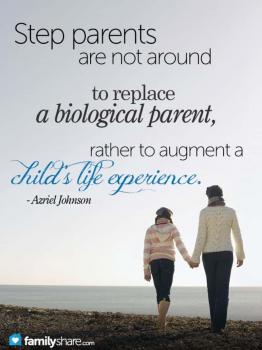