Let Them Eat Dirt!: Why You Should Go Easy on the Hand-Sanitizer

There Are a Multitude of Reasons Why We Should Let Our Kids Get Filthy and Skip the Hand-Sanitizer. Here Are a Few.

In the fight against germs, super moms can be taken out by super-bugs created by folks who live in a state of panic. My daughter spent three weeks battling diarrhea because of the super-bug phenomena.

The culprit was clostridium difficile colitis, commonly called c. diff. She got c. diff because she had to be on super powerful antibiotics for a staph infection and they stripped her intestines of all good bacteria. Because there was no good bacteria, the bad bacteria grew out of proportion and took over. They took over because they could.

She was susceptible because these germs that we so desperately try to keep from our children by using antibacterial everything and keeping them super-clean and super-sanitary are turning into super-bugs, or mutated bacteria which are becoming more and more resistant to our efforts to control them.

Here are some causes of this super-bug epidemic:

Overuse of antibacterial products. "When a bacterial population is placed under a stressor - such as an antibacterial chemical - a small subpopulation armed with special defense mechanisms can develop. These lineages survive and reproduce as their weaker relatives perish. 'What doesn't kill you makes you stronger,' is the governing maxim here, as antibacterial chemicals select for bacteria that endure their presence." (Coco Ballantyne from Scientific American-link site)

Incorrect use of antibiotics. One large part of the problem, according to the CDC, is the tendency for people to take antibiotics to fight viruses, which antibiotics cannot do. Antibiotics fight bacteria, not viruses. Antibiotics will not fight colds, flu, bronchitis, runny noses or sore throats not due to strep. Nonetheless, says the CDC, "More than 10 million courses of antibiotics are prescribed each year for viral conditions that do not benefit from antibiotics." To address this, a growing number of doctors, including Dr. Randel Cardott, an internist with Iowa's Genesis Convenient Care, are advocating a "wait-and-see" approach to prescribing antibiotics, especially in cases like middle ear infections that sometimes prove to be viral and not bacterial in origin. Cardott says that European physicians have taken this approach for years with no adverse effects.

Farming practices using antibiotics. Scaling back on antibiotics for human maladies won't address the whole problem. Farmers and ranchers use antibiotics heavily, too. In North America, industrial beef, pig and poultry farming is a big unsanitary business, and antibiotics are used extensively to ward off diseases and also for non-medical reasons, such as to promote growth. In fact, the Union of Concerned Scientists (UCS), a non-profit research and advocacy group, estimates that some 70 percent of all antibiotics are used as additives in the feed given to healthy pigs, poultry and cattle. These drugs leave the animals' bodies as waste and work their way into local water supplies, as well as right into the food chain.

Not letting children get dirty. Studies have shown repeatedly the harmful effects of keeping children too sanitary and the beneficial effects of letting them get dirty. Dirt has been shown to improve in areas of auto-immune diseases, allergies, asthma, and a battery of other illnesses.

Now for some good news. Here is what you can do to help the effort to fight super-bugs:

Let your children get dirty ... from an early age

The above studies show the sooner the better to start building your children's healthy immune systems.

When kids are sick, wait for the culture to come back,

Go easy on the hand sanitizer and the antibacterial soap 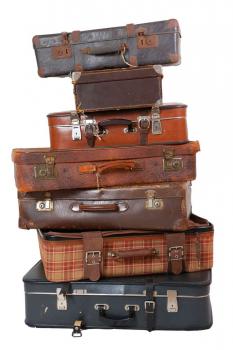 Finding Faith Again: Letting Go of the Past