Mom witnesses her worst nightmare when she tries to wake up her daughter from a nap; she never imagined finding her like this in her own home

Her Daughter's Face Told Her That Everything Was Wrong. Now She is Warning Other Parents.

After a terrible experience with her own daughter, Jennifer Abma warns parents to take the necessary precautions to avoid what she calls a "silent death."

The mother shared on Facebook what happened to her daughter while napping in her room in mid-July. According to her story, it all started when she came to wake up her daughter, who did not respond. When she noticed the little girl was hot and red, she immediately called 911.

Her daughter was unconscious due to heat stroke, but it wasn't because she had been exposed to the sun, the room was simply too hot. Luckily the girl was immediately taken care of, and the paramedics discovered her sugar level was below normal.

"THIS was my afternoon, the most horrible moment I could ever imagine, THIS is severe heat stroke"

"There is nothing more frightening than not being able to wake your baby. This is a clear sign that a child does not need to be in the sun to be affected by a heat stroke."

"It took us 20 minutes to wake her up and when the ambulance arrived she came in with extra staff to investigate, because we had no idea what was going on or what was going to be found."

"No, what happened is not my fault, but it's hard not to blame yourself.This is an important lesson from which I hope others can also learn and know that it is important to check the temperature of the rooms because the heat of the house can be as dangerous as a hot car. "

"I am still in shock at what has happened and thinking about what could have happened had I not come in to see how she was."

This is definitely a unique and unimaginable experience that anyone can experience. Thanks to mothers like Jennifer who share their heartbreaking stories, other parents can prevent accidents that can turn into tragedies.

This was the scary realization how fast things can change, I didn't expect this post to go viral, but I'm thankful it...

It can happen to anyone

We all know children shouldn't be left alone in hot areas, but it still happens.

I recently had a similar occurance with my teenage son. Every week he plays soccer, and last week he had to play at noon, under a temperature of almost 100 degrees (I'm surprised I even allowed it), but I thought the coach knew what he was doing and would take care of his players.

To my surprise, the coach made the team play two games in a row during the worst hours of sunshine, but it was too late to get angry.

Although my son did not show severe signs of heat stroke, it was obvious he was dehydrated. I felt guilty, but in truth I never thought that a coach would expose the players to be under the sun for the 3 hottest hours. Generally, I think people - and especially those who engage in sports - have common sense.

Heat stroke occurs when the body overheats so much that the cooling system can't cool it down. It happens most often in babies and older adults.

Besides dehydration, the most common symptoms of heat stroke are: nausea, headaches, exhaustion, muscle aches, vomiting, and a racing heart. If you notice someone with all these symptoms get urgent medical help.

While waiting for medical help you should

Try to lower the body temperature with cold cloths on the forehead, neck, wrists, head and underarms. Moisturize, fan and detach the person's clothing to make it cooler.

The person who had the heat stroke may be more sensitive to heat for a week after the episode.

There are some precautions you can take to avoid heat stroke. Avoid sunbathing during the hottest hours of the day. Protect yourself from the sun with sunscreen, cover your head with a hat or handkerchief, wear sunglasses, wear light clothing, and remember that children under 4 and adults over 65 are the ones who run a higher risk of suffering from heat stroke, so do not expose them to high temperatures.

Accidents or oversights always happen, but you can reduce the risk by protecting your family with the necessary care. 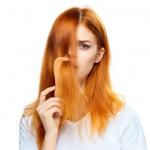 5 Signs Your Shampoo is Destroying Your Hair…