Don't let it happen to your children.

A few months ago we learned that children and teens were participating in the Blue Whale challenge, a challenge with several stages - the last one being suicide. Needless to say, it claimed several innocent lives. After this came the challenge of throwing boiling water on a person to see how much pain they could endure. Many of these viral challenges are becoming dangerous and inappropriate.

Another new and dangerous viral challenge has appeared on social networks that parents need to be aware of. It's the #SaltAndIceChallenge. This challenge is another way to prove who can endure pain the longest. The challenge consists of putting salt on your skin and holding a piece of ice on top of it. This produces a chemical reaction that makes the salt dissolve and lowers the temperature of the ice to almost 20 below zero. This reaction can lead to serious second and third degree burns.

Teens everywhere are accepting the challenge and filming their attempts. They post their videos on their social channels and compete with friends or strangers. They want to know who can endure more pain and get the most impressive wounds on their skin.

One of the scariest cases is when a 12-year-old boy competed in the challenge for 20 minutes, leaving a wound on his skin that might leave a permanent scar.

No one do the salt and ice challenge or any challenge that's dangerous please pic.twitter.com/i8K9CbZZB3

According to Dr. Marc Jeschke, "In general, frostbite takes some time to develop, as the blood slowly crystallizes and causes damage. The salt and ice challenge causes injuries much more quickly, damaging the skin and nerve endings in the process."

While this challenged started in the United States, there are many cases of the #SaltAndIceChallenge around the world. Authorities are asking parents everywhere to keep their teens' social media under strict supervision in order to prevent serious injuries.

We always say "It's all fun and games until someone gets hurt," but there are only injuries from the #SaltAndIceChallenge.

This article originally appeared on familias.com and has been adapted and translated with permission.

Camila, is Chilean and has a passion for public relations and marketing. She's a wife, mother and loves to help strengthen marriages.
nextarticle 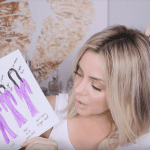 This is the Haircut You Should Get Based…