Growing up, being pinched for not wearing green on March 17th would make me so mad. St. Patrick's Day, an internationally celebrated holiday full of silly traditions, originally began as a deeply-rooted Irish religious holiday to honor Saint Patrick.

Here are ten weird traditions to know about when celebrating this wacky spring holiday:

Can anyone tell me the name of the sculptor who carved this interesting statue of St Patrick in the grounds of Moylough Church, Co Galway.

St. Patrick was the patron saint that converted Ireland to Christianity, but he was not Irish. Worldwide tradition celebrates an Irish holiday named after a man who was born in Roman Britain and taken to Ireland by slavers as a teenager.

Have you ever attended a St. Paddy's Day parade? If not, you should check out Hot Springs, Arkansas. Tens of thousands of people gather to watch the world's shortest St. Patrick's Day parade on Bridge Street. If you took a trip to see the parade, you would witness "The Lards of the Dance," the world's largest leprechaun, bagpipers, "Irish" Elvis impersonators and many other quirky characters.

The Chicago river is dyed every year in honor of St. Patrick's Day. With a harmless vegetable dye, the river turns a vivid emerald green color. Large crowds gather to watch the vibrant color change. Join the excitement with a family trip to watch the speedboats spread the dye.

The international holiday is famously shortened to St. Patty's Day in America. In Ireland, "Patty" is short for Patricia - a female name. True Irish spelling for Patrick is Pádraig, shortening the traditional nickname to "Paddy." Keep that in mind when giving your son Patrick the nickname "Patty."

5. St. Paddy's color should be blue

St. Patrick's Day Fact:
For many years, blue was the color most often associated with St. Patrick.

The Saint's holiday was originally associated with the color blue. Legend has it, the Catholic missionary used the green, three-leaf clover as a symbol of the Holy Trinity. The traditional St. Paddy's green color took over because of the shamrock's symbolism, the Irish flag and Ireland's nickname, "The Emerald Isle." Now you know why we wear green every March 17th.

The famous St. Patrick's Day mascots derive from Irish folklore. Mischievous, shoemaking fairy-folk are known for hiding their riches at the end of rainbows. Tradition says if you catch a leprechaun, three wishes are granted in exchange for their freedom. If you have kids, it is fun to stage a leprechaun visit. Put little green footprints and dropped pieces of gold on the floor and watch them squeal with excitement in the morning.

7. Wear green or you'll get pinched

The Green Lady of Carroll Gardens Has Been Wearing Only Green for the Last 20 Years http://rgn.bz/eMz2

Posted by beforeitsnews.com on Thursday, December 1, 2016

Irish folklore says leprechauns can't see green. If you don't wear green, they can see you and will mischievously give you a pinch. My favorite memory of St. Paddy's Day is giving my mom a playful pinch first thing in the morning because she wasn't wearing green. Sneakily, she would wear a ring with just a little green on it (small enough to trick me) and pinch me back. I guess the best way to avoid a pinch is to wear green head to toe.

9. Shamrocks are not four-leaf clovers

10. The truth about green food

"People were so deprived of food that they resorted to eating grass," Kinealy said. "In Irish folk memory, they talk about people's mouths being green as they died."

The morbid truth behind green food doesn't have to put an end to your tradition. I personally love putting together a green meal with my family. However, I will always use St. Patrick's day as a historical teaching moment and a reminder of the importance of being grateful for all we have.

For fun meal ideas, click on the links below or simply add a few green drops of food coloring to any dish.

Have fun making St. Patrick's Day traditions of your own, and may the luck of the Irish be with you! 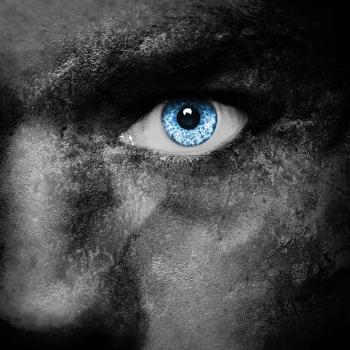