4 Unique Reasons For Expressing Your Thanks on Father’s Day

He Taught You to Ride a Bike and Fix Your Car, But Did You Know Your Father Also Helped You Have Better Mental Health? Read This and Other Unique Reasons to Thank Your Father This Father's Day.

With Father's Day just around the corner, you can probably think of many reasons to say thank-you to your father. There was that time when he helped you learn how to ride your bike and all those times when he helped you fix your car when it was broken. And oh, yes, all the countless hours he spent with you practicing for your big game.

These are great things to make sure to thank your father for this Father's Day. But did you know that on top of the typical dad things your father did for you there were other things that helped you become the person you are? Research on the influence of fathers has shown that there are many unique and great things they do for us. But many people don't know these unique things because they're tucked away in research magazines and publications. But even though we may not realize them, they're still very important in helping us to realize how important our fathers really are. And it gives us even more reasons to thank him this Father's Day.

Your good behavior and social skills

You probably remember lots of times when your father told you to pick up after yourself, say you're sorry and make sure to do a job right. Despite how annoying this may have been at the time, he was actually doing you more good than you knew. Research shows that children with involved fathers present showed better social skills (such as those mentioned above) than children with absent or non-involved fathers. Just think of what a good citizen you turned out to be. Well, you may actually have your father to thank for it. Make sure to tell him so this Father's Day.

Research shows that children with active fathers had better health than those who didn't. They had fewer health risks such as diabetes and obesity. So be sure to thank him for all those times he told you to eat your vegetables and lay off the junk food. He may have been helping you live a healthier life.

Children with absent fathers are more likely to develop bad habits such as drug, alcohol and other substance abuse. So thank your father this Father's Day that you didn't end up with unhealthy or anti-social habits (even though you probably gave him a few bad ones - like pulling his hair out).

Of course, fathers play an important role in their children's lives in so many ways. The list above covers only a small fraction. Think of your father this Father's Day and instead of getting him the perfect Hallmark card, try writing one of your own with your own unique reasons to say thank you. It may take more effort than going to Hallmark but it'll be more meaningful to him and to you. 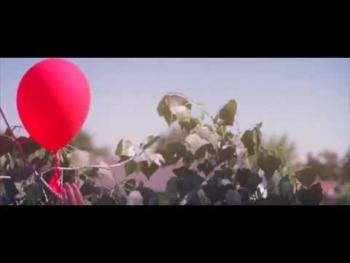