5 Things We Shouldn’t Let Our Sons Get Away With

If You Want to Raise a Truly Good Man, Make Sure You're Not Letting Your Son Get Away With These Five Things.

As parents of boys all we really want is to raise a good boy. Or perhaps, most significantly, one who turns out to be a truly good man. The world needs good men now more than ever, so if you've been blessed with sons, the future is (in a small but significant way) in your hands.

Raise a son you can be proud of by making sure you don't let him get away with any of the following:

We all try to raise our kids to respect people, right? This should be a given. Unfortunately, our young men are growing up in a world where society doesn't always respect women, and society has an impact.

Growing up, I heard the phrase 'boys will be boys' so often I never really learned to question it. It was only as an adult I realized how much bad behavior is justified with this one simple phrase. I've heard it used to excuse everything from using pornography to physical fighting. Sometimes it's used to explain away the fact that some boys are just plain rude.

Many boys love a violent movie, TV show or video game. And if they don't, they may feel pressured to pretend they do. Our society glorifies violence, guns and aggression. It may be seen as a lack of masculinity to reject them. It's not easy, but teaching our boys that violence is rarely the answer to real world problems is part of our responsibility as parents.

There's no place for the idea that one set of rules applies to the guys and another to the girls. The days when a promiscuous boy was seen as a bit rogue while a promiscuous girl was a total disgrace should be long gone. It's time to teach our boys that it takes two to be promiscuous. If you don't respect a girl for her actions, you definitely shouldn't be accepting a boy for the same behavior.

Let's teach our sons that the rules apply to everyone equally.

5. Ducking out of the housework

You don't do your sons any favors by letting them get out of day-to-day tasks they'll need to master anyway. Kids and young adults of both genders can benefit from learning to cook, do laundry and run a clean and well-maintained home.

By keeping an eye on these five issues, you'll be raising a son to be proud of. A son who can cope with the world, practice self-control and be a great husband when the time comes. Isn't that what most of us would wish for our sons?

Things we shouldn't let our sons get away with

"Boys will be boys" is never a good enough excuse! 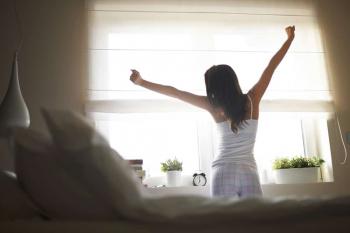