5 Ways to Destroy Your Child’S Confidence

Most Conscientious Parents Avoid Stooping to Name Calling or Using Negative Labeling, But There Are Other, Less Obvious Ways to Destroy a Child's Self-Confidence.

It goes without saying that frequently calling children "stupid" "lazy" or "bad" can do major damage over time to their self-esteem. When a parent uses negative labels such as these, a child can lose confidence in his or her abilities or innate worth. Most conscientious parents avoid stooping so low that they resort to name calling or using negative labeling.

However, there are other, less obvious ways to destroy a child's self-confidence. The following are 5 parental attitudes and behaviors that discourage children. Do any of these hit your radar?

1. You are only worth something when you achieve

Parents tend to be goal or task-oriented rather than child-oriented. If we have successful children, they will make us look good, and we all want to look good. We praise them with "Good job" or "Well done" if they accomplished what we desired, but fail to encourage them if they didn't get first place or score the winning goal.

Alfie Kohn advised that saying "'Good job!' doesn't reassure children; ultimately, it makes them feel less secure. It may even create a vicious circle such that the more we slather on the praise, the more kids seem to need it, so we praise them some more. Sadly, some of these kids will grow into adults who continue to need someone else to pat them on the head and tell them whether what they did was OK. Surely this is not what we want for our daughters and sons."

When we give value to the product and not the process, children lose confidence in their own worth. Unfortunately, for too many children, the motivation behind their effort is to seek a parent's approval rather than building confidence in self.

2. If you fail or make a mistake, you are bad

An unwise parent might also erode her child's confidence by discouraging him from trying new experiences. The message you send might be: a) Don't try because you will probably fail, b) A mistake means you aren't good enough, c) I can't let you take a risk because I'm fearful you will get hurt, or d) You disappoint me or make me angry when you've done wrong. What child would want to take a risk if he can count on one of these reactions? How can his confidence grow unless he exercises a "try, and try again" approach to problems?

A parent adds to her child's demoralization when she overreacts to her child's mistakes. In my book, I write about how we shape child's confidence after failures. "Children often make mistakes, big and small, as do spouses and parents. How we react to those mistakes directly correlates with the degree a person feels self-worth and confidence to rise above his mistakes. Our reaction teaches them how approachable we are when they need to trust with their most tender, painful feelings."

3. Your child suffers by comparison

Dinkmeyer and McKay (1989) cautioned against promoting competition among siblings. Have you heard or used any of these comparison statements?

"Your brother works hard and gets good grades, why can't you?"

(Speaking to a son while ignoring the sibling) "You are the best son. So handsome and smart. I'm so proud of you."

"Your sister gets to have her own room because she is better behaved than you."

Playing favorites is an extremely damaging game in families. Parents do much destruction when siblings know you resent one or favor another.

4. You set unrealistic expectations for your child.

A subtle personal attack is when a parent expects perfection. Popkin, Youngs, and Healy (1995) wrote, "The message of perfectionism is that no matter how well you do, you should have done better. When children come to believe that they are never quite good enough, they lose motivation: I never did it well enough anyway, so why try?Even when these children seem to keep trying, they never feel secure in their achievements. They may get all As, but rather than enjoy the accomplishment, they're already worrying about the next challenge to their perfection. Such perfectionist thinking has been linked to eating disorders and depression in adolescents."

A parent who is rarely pleased is always finding fault. He might say to his teenager, "Yes, you did bring the car home on time, but you didn't park it right?" Rather than a 10:1 ratio of positives to negatives statements said to a child, a demanding parent says 10 negatives to every 1 positive.

5. You become a "Helicopter Parent."

Like a helicopter that hovers and swoops down to pick up the victim or passenger, a parent might become an enabling rescuer. Overprotecting our children from life's experiences sends the message that "you can't deal with this, so I have to do it for you." We create victims rather than victors.

These type of parents also rush to make excuses for their children and deny them the opportunity to take responsibility. For example, a helicopter parent could find herself frantically completing her child's school project the night before it is due in order to get an "A." The child who doesn't do the work does not learn discipline or confidence in his abilities. Additionally, I've known students who are given a penalty for cheating on a test or assignment only to have their parents demand a better grade or who justify their child's actions.

We might not be aware of the hidden messages we give our children that slowly destroy their self-esteem. These are five that parents should steer away from in order to raise confident children. 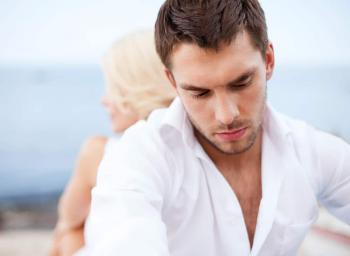