The Creator of Calvin & Hobbes Said All the True, Unpopular Things We Need to Know About Real Happiness

Bill Watterson, the creator of the much-loved cartoon Calvin and Hobbes, knows what rejection feels like. For five years of his young, recently college-graduated life, his work was continuously turned down.

He knows what the mundane life feels like, as he took on a real job as a car and grocery ad designer in a windowless basement. Bill "hated every single minute of the 4-1/2 million minutes I worked there," he said, in a 1990 commencement speech.

In short, he's much like all of us, and despite those things, he also knows where happiness really comes from.

"You will do well to cultivate the resources in yourself that bring you happiness outside of success or failure," he said in the same speech. "The truth is, most of us discover where we are headed when we arrive. At that time, we turn around and say, yes, this is obviously where I was going all along. It's a good idea to try to enjoy the scenery on the detours, because you'll probably take a few."

"A person who abandons a career in order to stay home and raise children is considered not to be living up to his potential," he wrote in the cartoon below.

You can read his whole life advice in the cartoon below. 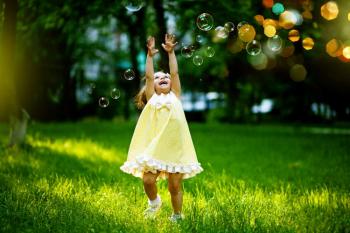