The Secret to Being Attractive – Don’T Take Selfies

Ever Thought You Looked Really Good When You Took a Selfie? You're Probably Alone in Thinking That.

Think you look cute in your selfie?

You're probably the only one, according to a new study that found people who take selfies often overestimate how attractive they really are.

The study, done by researchers from the University of Toronto, found people who take selfies generally think they're more attractive or likeable than they actually are when seen by objective viewers. Those who regularly take selfies are also viewed as more narcissistic than those who rarely take selfies.

"Selfie-takers generally over perceived the positive attributes purveyed by their selfies," researchers told The Telegraph. "Here, we found that selfie-takers believed their selfies to look more attractive and likable than photos of them taken by other people."

The methodology of this study was rather simple. Participants took a selfie and then had someone else take a photo of them. The participants then rated each photo based on attractiveness and how likeable they thought they were. Then, about 178 members of the public were asked to determine how attractive and likeable the selfie-takers were.

"In reality, though, external raters actually perceived the targets' selfies to look less attractive and less likable than the photos taken by others (as well as more narcissistic)," the researchers said.

But don't let this news get you down or put an end to your selfie game. It's important to remember that attraction is based on a number of factors, which means it's possible that you can still find someone to date even if they don't find your self portraits appealing.

In fact, a 2015 study published in the journal Current Biology found that people have a "type" of person they're attracted to based on their own personal experiences. The study found that about 50 percent of people have a preference that's unique to them and doesn't fit the commonly held model of what's attractive. This level of desire is often influenced by one's own life experiences.

"If you were to rate faces [for attractiveness] and I were to rate the same faces, we would agree about 50 percent of the time," Jeremy Wilmer, an assistant professor of psychology at Wellesley College, told Time magazine.

The researchers found this through two studies, which first had about 35,000 people analyze the attractiveness of the participants' faces. In the second study, the researchers had 547 pairs of identical twins and 214 pairs of fraternal twins explain their facial preferences, expecting to find that those who grew up in the same family environment or have the same genes would be attracted to the same person.

But that wasn't the case.

"In our case, we found that even though identical twins share all of their genes and their family environment they were really, really different from each other in their facial aesthetic preferences," Wilmer told Time.

So beauty really is in the eye of the beholder.

But there are some general rules people can follow if they want to appear more attractive, according to Vanessa Van Edwards, a Huffington Post columnist and national speaker.

"Not only is attraction the basis of finding a romantic partner, but we are also attracted to work with certain people," she wrote on her website. "We are attracted to certain friendships. We are even attracted to certain coffee shops because we like their vibe, their menu or their location. Attractiveness is an essential part of understanding what motivates people."

Here are three of Edwards' tips to help you appear more attractive.

She suggests people remember that most humans have a short attention span, so you can't be boring when you're trying to attract someone else's attention. Don't let the fear of being weird or quirky get you down. Embrace your oddball side and stand out, she said.

You know all that talk of an elevator pitch? Use it when you're meeting people. Edwards said people often make up their minds about how they feel about someone in 30 seconds, so you should make sure those introductory moments are worth it.

"We might not realize it, but our brains make incredibly accurate and long-lasting snap judgements in the first few seconds of meeting a new person," she wrote.

Edwards said that the most attractive quality when you're dating is availability, especially in an emotional sense. Potential dating partners like it when their spouse is free to help them understand their emotions and talk about issues. 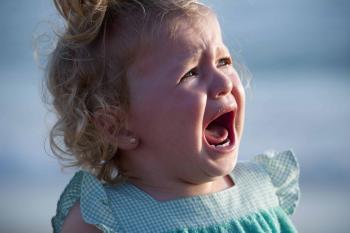 What Happens to Your Brain When You Hear…