Why It’S Important to Hug and Talk to Your Children

Why It's Important to Hug and Talk to Your Kids Every Day. Their Well-Being, Health and Future Success Depends on It.

We've all heard the old question, "Have you hugged your kid today?" There was good reasoning behind it.

There is a story that King Frederick II of Germany wanted to find out what language children would speak if they never heard anyone around them speak. He took in 50 infants and hired foster mothers to care for them. However, they were told to perform only the most rudimentary tasks and were not to cuddle, rock, or talk to them. All 50 infants were reputed to have died from failure to thrive.

Shortly after the fall of the Berlin Wall, it was learned that the care and treatment of orphans within Soviet bloc countries was deplorable. Mary Carlson, a researcher from Harvard Medical School observed an overcrowded Romanian orphanage with an abundance of neglected babies lying in their cribs. The staff was overworked. So the infants were generally only touched when they were fed. Carlson noticed an eerie silence in the nursery. It was void of crying, babbling and whimpering. When she performed two-year check-ups, she discovered unusually high amounts of a brain damaging stress hormone. The children's growth was stunted, and they behaved as though they were half their age.

There is also the more recent case of the young boy, Artyom Savelyev, who was briefly adopted and then returned alone to Russia due to severe psychological problems stemming from his days in the orphanage.

Touch lowers blood pressure, creates a sense of belonging, is understood as love and promotes growth on a number of levels.

So we all want our children to thrive and excel, but most of all, we want them to feel happy and secure. What, then, is a good rule of thumb on how often to hug your children?

Disclaimer: I have had foster children who had sustained tremendous emotional damage and could not be touched. Doing so caused a violent reaction. Something to keep in mind if you are nurturing children with emotional problems.

We can see by the above examples that talking to your child is equally important. In the first three years of life, a child's brain triples in size.

There are a number of activities that can kill these two birds with one stone:

We all want happy and successful children. Make opportunities to hold them and talk to them. Start and the habit will develop and then it will become second nature. Your successful adult children will thank you for it later. 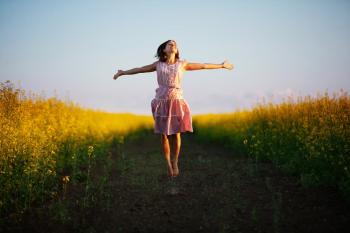 5 Ways to Celebrate Being Yourself