When the time comes for humans to live in space, how will sex work?

Between the climate crisis, ongoing wars, the specter of future pandemics, and a whole host of other potential calamities on the horizon, many humans are already seriously pondering life beyond Earth. Elon Musk is drafting his exit plan: 1 million people on Mars (via SpaceX rockets) by 2050. Werner Herzog and his son are exploring the feasibility of space colonization by humans in their new show, Last Exit: Space. Scientists are trying to figure out how to harvest water on the moon to drink and to use as rocket fuel, grow plants on Mars, and construct sustainable extraterrestrial homes that can keep us feeling warm and comfy.

But there’s one critical part to being human that we have not yet figured out: How are we going to bang in space? Since the dawn of civilization people have found out how to get busy in even the strangest and most extreme environments. The vacuum of space and the alien terrain of other planets and moons will be no exception. And even if it’s not solely for pleasure, people will want to have sex off the planet in order to procreate and raise children.

NASA doesn’t like to talk about sex in space, and most astrophysicists shy away from speaking candidly about the topic. But space sexology is a real thing. Trying to imagine humanity’s future in space requires us to seriously understand and explore how sex in space is supposed to work.

After all, space seems almost like it was purposely designed to be as sexless as possible. Low gravity or even a complete lack thereof will make it a challenge to hold on to each other and stay close; the small confines of a spacecraft or extraterrestrial home might foster intimacy between people, or drive them apart to where they can’t stand each other; and if the billions of hazards in space don’t outright kill you, they may just kill the mood anyway.

So is sex in space possible? Practical? Pleasurable? Could it help the ex-Earthlings dispatched from most of the creature comforts they’ve come to know adjust to an extraterrestrial world?

One thing is for sure, it’s not going to be the same romp as it’s been since the dawn of civilization.

Over 600 men and women have gone to space. It’s hard to imagine none of them have decided to boogie down during all those dark, lonely nights far away from home. And no doubt there have been rumors of astronauts doing the deed among the stars. But if anyone really has had sex in space, nobody will boink and tell.

“Officially, no sex has occurred in space,” Simon Dubé, a sex researcher at the Kinsey Institute who recently published a paper entitled, “The Case for Space Sexology,” told The Daily Beast. “That said, this is likely to change—and for many reasons, must change—as we expand into the cosmos for ever longer periods of time.”

Dr. Haig Aintablian, an emergency physician and a fellow in space medicine at the University of California, Los Angeles, expanded on this: “NASA’s official policy forbids [sex and] conception in space, and for good reason,” he told The Daily Beast.

Basically, NASA wants to prevent any possibility of a pregnancy in space. While it may sound cool and fun to imagine the world’s first space-baby, we don’t yet know how safe it might be for a pregnant woman to live and work in space (nor do we have the proper medical equipment and resources needed to ensure a healthy and safe delivery in space for all parties.) Dr. Jennifer Fogarty, assistant professor at Baylor College of Medicine’s Center for Space Medicine, explained that both the U.S. and Russia have had “limited success” in space experiments where invertebrates and insects have conceived offspring; but they have yet to see mammals produce litters in space that could stay healthy and survive after returning to Earth.

“Anatomically and biologically, there are no known impediments to human conception in space,” Fogarty told The Daily Beast. “However, there are serious concerns” that radiation and microgravity could foster negative effects for a fetus, birth defects, or loss of life.

Aintablian further cautioned that we need to know more about how the human body is affected by space in all ways—including when it comes to sexual activity. “All of us in this field know that we are not designed for the hostile and volatile environment that is space,” he said.

At the same time, he acknowledged that sex in space is an inevitability, and we’ll have to learn how to adapt ourselves eventually.

“In order for us to secure the survival of our species indefinitely, we have to be multi-planetary, and one day be multi-stellar and multi-galactic,” Aintablian admits. “This is just how humanity spread from one continent to the next.”

But what must happen first? Where do we start?

Dubé suggests that since we know very little about sex in space, we should start at, well, the beginning: with scientific studies on how intimacy and sexuality in space based on astronaut and space tourist experiences. This would almost certainly require NASA and others to finally sanction sex in space—something that would probably get quite a few volunteers. Those initial studies might help researchers form a guide to reference or jump off from that will help more people understand how to navigate love, sex, and relationships that are out of this world.

Dubé and his co-author Maria Santaguida, a PhD candidate in psychology at Concordia University in Montreal, go as far as to advocate for the formation of an “intersectoral advisory board” in which a range of specialists—sexologists, sex tech experts, ethical advisors—could come together to create such a guide for future space inhabitants.

It might seem like overkill to form a board made of nerds and scholars to figure out sex in space, but it could be prudent given the logistical obstacles. A lack of gravity causes the body’s fluids to shift around and affect multiple parts. Your muscles and nerves—in all the important places—can experience physical pressure they’ve never felt before. The whole environment can upend all the ways you know your body to work—and that’s going to eventually affect sex.

“Microgravity and weightlessness can affect the overall health of astronauts,” said Dubé. “It can affect bodily fluids, such as blood flow, and lead to deconditioning. This includes, for instance, muscle atrophy and reduced bone density. In turn, this can potentially affect the sexual health and functioning of space inhabitants.”

That doesn’t mean it’s all bad news. Santaguida pointed out that while changes in blood flow to the genitals could possibly impair sexual responses, they might also lead to improvements. “Former NASA astronaut Mike Mullane has gone on record saying that, during missions, he would wake up to erections that could have ‘drilled through kryptonite,’” she said.

Without more public research into sex in space and with only a select few anecdotes from astronauts to work with, we’re left to speculate and ponder many what-if questions.

Jonathan Miller, a NASA engineer with over 30 years of experience once joked: “Sex in space is overrated. For one thing, the number of positions is cut in half… And then you have to add in tie downs and restraints… well on second thought, nevermind.”

But Santaguida is more seriously researching how to make sex in space feasible, and she pointed out that there are quite a few current innovations in the works right now.

Santaguida pointed to Italian-American actress Vanna Bonta’s 2suit as an example of a garment that could be developed to facilitate sex in low gravity environments. This low-tech innovation is more or less a set of two space suits that can be velcroed together for “docking” with a partner and sticking closely together while floating in an aircraft.

Fogarty is especially bullish about virtual and augmented reality. Such aids could allow for singular “sex” in space before couples give it a shot. And more ornate virtual reality simulations could help augment sexual experiences and allow astronauts to enter into fantasies with their partners and forget for a few moments they’re confined to a tiny little spacecraft that’s hurtling dangerously through space. These are tools that “can be used to create connections with people, places, art, music,” she said. “Both technologies can provide entertainment and mental health countermeasures based on individual needs.”

And don’t forget the all-important “fluid suction apparatus” to ensure a clean and contained post-climax will be critical to making sex in space feasible, let alone enjoyable. You can’t have bodily fluids weightlessly floating in every direction of the cabin.

And while these innovations may be scoffed at by astrophysicists simply trying to keep humans in space alive and guarded from radiation exposure, muscular atrophy, and further physical stress, there does seem to be a real argument for prioritizing sex in space as a means to improve the mental health for humans in space and beyond.

“I think the biggest obstacle we will have at first—aside from the obvious of surviving our journey to another planet—will be to keep the human psyche healthy,” said Aintablian. “The feeling of aloneness, and a lack of normal physiologic bioindicators like a 24-hour-day, or even the lack of seeing trees and nature, will make this very difficult. Moving from Earth to a place like Mars is going to be like moving from an urban city like New York to Siberia. Having access to normal human things could help make things significantly more pleasant.”

Such “normal human things” that people in space will likely crave are intimacies, sexual expression, and basic physical contact.

So, while sex in space may be on the back-burner of space research, it’s likely not too far behind other areas of astrophysiology being researched more heavily now—especially if colonization, living, and conceiving children beyond Earth are future goals for the human race.

That’s an important point to keep in mind—sex in space opens up the possibility of babies in space. “We have a little more to do before we're ready to attempt that, I think,” said Aintablian. “Humanity’s first space baby” should be a successful and joyful moment, a “marker of humankind’s greatest achievement,” he said. It’s not something to take lightly, especially if we cannot yet ensure everyone’s safety.

But space sexologists Santaguida and Dubé take the stance that scientists and innovators should be acting now if we are to safeguard the survival of the human species beyond our little Earth.

“In space, we face obstacles regarding almost every aspect of human eroticism,” Santaguida said, “from all stages of reproduction, to sexual activities, relationship-building, and breakups, to consent, power-dynamics, and challenges related to justice, diversity, equity, and inclusion. In sum, the issues of sexuality in space are the same as on Earth, but multiplied by the constraints of space life.”

And Dubé, in his work, believes that studying sex in space is vital. “It is crucial to our well-being and long-term survival. The agencies and companies that accept this simple fact will gain a strategic advantage in our new age of space exploration.”

This article originally appeared on yahoo.com.

Annalise Mabe is a writer from Tampa, Florida writing on health, wellness, psychology, and tech.
nextarticle 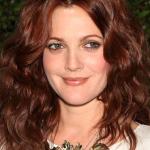 Drew Barrymore Says She Can Go "Years" Without…