Teach by Example: How to Become a Hope-Based Sports Coach

Hope-Based Approaches in Coaching is the Best Method. This Article Presents Some Ideas For How to Become a Hope-Based Coach.

I'm sorry to say that years ago I wasn't a hope-based coach. I was coaching elementary school girls' basketball at the time, and I was coaching it like it was the WNBA. I took the game way too seriously. It was as if the girls were on scholarship or something.

I feel bad too. That's the the age to really teach kids how to have fun. At that time, they should know that it's safe to make mistakes. It's also the time for everyone to have an opportunity to play, not just the coach's kid or the best players.

Unfortunately, there are a lot of coaches coaching inappropriately. For example, I saw a coach slam a clipboard on the benches behind a team. The team saw this, as did family members, fans, friends, other spectators, even the opponents, and all because a player (his daughter actually) wasn't performing to his standards.

When I witnessed this event, my heart ached for his daughter, his team, family, him, the school and the community. It actually was a sad and embarrassing sight. I remember thinking, "What would motivate someone to act like that?" and "If someone would act like this in public, what's it like at home?" Ego, power, lack of self-esteem, anger, were just some of the words that came to mind.

One time, in between sessions at an education conference, me and several other attendees were sitting in a room where we could rest and catch up on email. I overheard a principal talking to what sounded like a coach on the other line (I ended up commending the principal afterwards, but first apologized for what I overheard).

Here's some of that conversation:

"It's just that you're humiliating the kids, and that's not what it's about. ... But you yell and scream at them in front of their peers and the public. ... It kills their confidence and ability to play. ... You're pointing out everything they're doing wrong. ... They're already emulating your behavior. "¦ It's destructive behavior. "¦ It's not what we want for our kids. "¦ I'm just saying it has to change, your approach, or you won't be able to continue."

It's not that the principal was aggressive to his coach. He was assertive and he was concerned. Yet, he also told his coach, "You need to love them, instill confidence, teach and coach them without fear of reprisal. "¦ Let them know it's okay to make mistakes. Reprimand in private and compliment in public. "¦ Focus on what they're doing right. "¦ Lead with hope."

I was amazed. That principal, who also happened to be a parent of one of the players, nailed the differences between fear-based and hope-based coaching.

The principal smiled at me when I approached him after his call.

"Sir, I just wanted you to know that you're doing the right thing."

We've probably all experienced a fear-based coach, and hopefully a hope-based one as well. When coaches slam clipboards, curse, roll their eyes, yell, scream, publicly humiliate their athletes, hit and kick things, bench players for inadequate performance or use rude, demeaning nicknames in public, it's time for them to take a break from coaching.

When coaches do these kinds of things, no one is having fun. People are scared, on pins and needles. Such coaches do not set the best example to their players or anyone else who's witnessing their childish tantrums. Perhaps such coaches should only come back to coaching when they're able to lead with the following hope-based approaches (especially toward athletes):

," by Colonel Arthur J. Athens, Professor of Leadership at the Naval Academy.

There are many, many more hope-based approaches, but this list is a good starting point. People change. In any case, coaching's not about the coach. It's about the athletes, the kids, the family, the neighborhood, the students and the community. I should know. After all, at one point I had forgotten that. 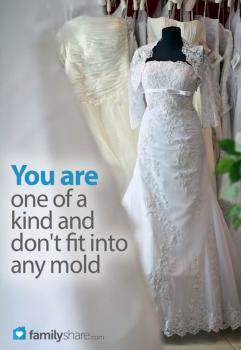 Help Your Bride Shine: What Every Mother-Of-The-Bride Needs…