Nathan Clarkson is an actor, best-selling author, filmmaker, and all-around creative person with a passion to inspire people to know their creator and live the story God has for them to tell. Nathan has appeared in national commercials, TV-shows, and major feature films. In addition Nathan has written and produced his own hit indie films Confessions of a Prodigal Son and The Unlikely Good Samaritan starring himself and A-list Hollywood actors, seen trending on Netflix and Amazon Prime. Nathan has released his first book Different; a personal memoir of stories and thoughts about how God uses the "differences" in our lives to tell the story He has for us to tell. The book quickly became a national best seller, inspiring thousands to embrace their differences. Nathan was featured and interviewed on NBC's Today Show with Kathie Lee and Hoda.

all articles by Nathan Clarkson 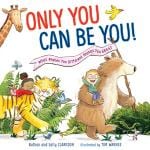 How to Encourage and Reach Out