Even Before the Recent Round of Anti-Muslim Rhetoric, American Muslim Doctors Felt Discriminated Against.

This week has been filled with a number of different reports on anti-Muslim rhetoric, most of which have been spurred by presidential hopeful Donald Trump, who called for a shutdown of Muslims entering the United States.

Most Americans are against this ban.

A new poll from NBC News and The Wall Street Journal found 57 percent of American adults disagree with Trump's idea, while 25 percent of respondents agree with the ban, Time reported

Despite overwhelming disapproval of the ban, a new study has found that American Muslim doctors face discrimination in their workplace from both their American peers and patients, The Washington Post reported. In fact, about half of them feel they face more scrutiny than their peers, with one in four overall saying they felt they were discriminated against, the Post reported.

More so, about 10 percent of these American Muslim doctors said patients refused their help because of their religious beliefs, the study reported.

"This is significant, and that is before Trump," Aasim Padela, an emergency medicine doctor at the University of Chicago, told the Post.

To find this, researchers conducted interviews with hundreds of doctors across the country in 2013 and 2014 "before the mass killings that individuals either inspired by or connected to the Islamic State terrorist group carried out recently in Paris and California," the Post reported.

Padela told the Post that American Muslim doctors can't perform their jobs to the best of their ability if they're constantly feeling discriminated against.

"If Muslim physicians feel uncomfortable in the profession because their identity attracts negative experience, then the profession no longer offers a means to live out their faith in service to the profession," Padela told the Post.

This isn't the first study to report workplace discrimination against Muslims. As I wrote for Deseret News National, research from The Montaigne Institute back in October found that Muslim men were four times less likely to get a job in Europe than Catholics.

The study found that Muslim men had a 4.7 percent chance of getting a job after an employee saw their resume, while Catholics had a 17.9 percent chance, I wrote. Most of this was based on name identification, since those surveyed in the research didn't include their specific religion in the resume.

And the study only focused on the application process and not the interview phase. One of the researchers, Marie-Anne Valfort, said that there would likely be more discrimination deeper into the job search.

"It probably underestimates the level of discrimination: All studies show that discrimination is present at each step of recruitment," Valfort wrote. 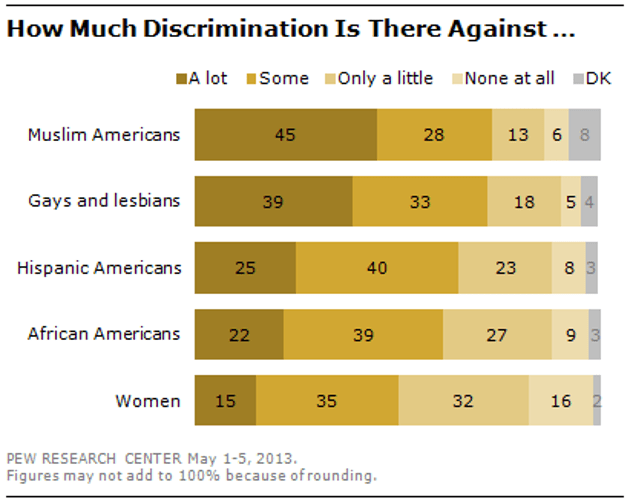 Britain is one country that has worked in recent years to cut back on the discrimination that Muslims face in the workplace, The Guardian reported. Most are hoping that the government can realize how much impact Muslims have on the economy and push for political reforms that would create a safer workplace for Muslims.

"We therefore need to reinforce the progress made and be proactive in tackling these issues that are holding us back," The Guardian reported. 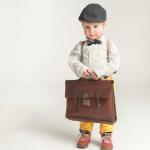 Is Preschool Really Best For Kids?