10 Important Things You Should Know About Raising Sons

From Endless Mischief to Cyberbullying, Raising Boys Has Never Been a Walk in the Park.

They say boys will be boys, but what does that mean in terms of parenting? While you'll find no shortage of child-rearing tips appropriate for both genders, boys need some specific guidance - guidance only you can give them. Whether you've just brought home a newborn son or are more bewildered than ever by your pre-teen, here are 10 things you should know about raising young men.

They're not listening to you

If you thought the complaint, "boys just don't listen," was a broad generalization, it might not be. According to Columbia University, girls have a more acute sense of hearing than boys because of differences in brain development between the sexes. If you feel like a broken record, take heart; it's a boy thing.

Sometimes a stick is enough

There comes a time when your boys will want expensive gadgets such as video game consoles and cell phones. But you don't have to go crazy and get them every toy imaginable. While they're young, take advantage of the fact that oftentimes a simple stick is enough to keep them entertained for hours.

You'll be in the ER

Most parents of boys find themselves in the local emergency room on occasion. According to the Healthcare Cost and Utilization Project, boys wind up in the emergency room more often than girls. Maybe boys are riskier when playing pirates up in the treetops? Whatever the case, some boys will give you a bumpy ride.

If doesn't matter if your son is two or 12, it's doubtful he ever slows down. From sunrise until (blessed) bedtime, boys are ready to move - and boy do they. Encourage your son to be active and give him outlets for his energy. Organized sports and playtime in the park are great ways to help him let it out.

They're more sensitive than you think

They're good at hiding it

While they might be more sensitive than you thought, boys are also good at hiding their emotions, as concluded in the aforementioned study. That's why it's important to keep the lines of communication open with your son, especially in those critical pre-teen years.

It takes more than talk

You might be able to get a girl to open up just by talking to her, but boys are often harder nuts to crack. Instead of sitting down for a chat, do something with your boy. Whether you're dirt biking or playing catch, an activity can be the perfect way to break down those walls and open up communication. Find out what your son likes to do, and try it with him. Better yet, let him teach you a thing or two about his favorite activity.

He needs a hug

Boys learn verbal skills more slowly than girls, so it can be tough for them to tell you exactly what's bothering them. Just know that sometimes they need a hug. It's a simple gesture, but it's usually effective.

If you were waiting for high school to talk to your son about sex, you've likely already missed the mark. According to dosomething.org, nearly 40 percent of teens have posted or sent sexually suggestive text messages, with "sexting" being more common among boys than girls.

Social media has changed the game

Bullying has been a problem for as long as boys have associated with one another. Today, there are more ways than ever that your child could be made a target. Keeping tabs on his social media and digital usage is crucial when, according to Internet Safety 101, 43 percent of teens report that they've experienced cyber bullying in the last year.

Raising a boy can be a challenge, but your son is depending on you for guidance and protection. Find out how you can stay involved in your child's life with WebSafety. WebSafety is an app for parents that allows them to monitor their child's mobile device or tablet activity.

WebSafety offers a variety of helpful features which will ensure the safety and care of your son, such as the bullying feature, which monitors certain words and phrases, the WWW feature which tracks visits to specific URL's, or the apps feature, which monitors the various apps your son is using or installing on his mobile devices. Learn more and download the WebSafety app today. 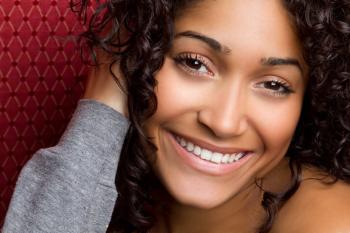 How Moderation Became My Most Successful Diet