Here is a Reflection on the Lessons I've Learned as a Young Woman and Mom Since the Passing of My Mother When I Was Only 14 Years of Age.

Since I began this site, I realized that there are thousands of young women and mothers who have lost their moms either during their childhood or in their young adulthood. Not to mention those who have been adopted or may not have a relationship with their mothers due to substance abuse or other reasons.

For instance, there is the beautiful Ms. Ty Alexander, a beauty blogger at Gorgeous in Grey, who has talked openly about the loss of her mother and the emotional impact it has had despite her growing success as a writer, editor and social media strategist. I'd also like to mention the late Karyn Washington, founder of For Brown Girls, who was an intelligent and inspirational young woman who committed suicide this year after suffering with the loss of her mother in late 2013.

It is a reality that should not go unnoticed. Even when no one is courageous enough to say it, the impact of losing a mother will change your life, how you build relationships or the lack thereof and eventually how you view the world. I believe having a dialogue about it is one of the first steps toward acceptance both within ourselves and with the people around us. Not everyone understands the impact of losing a mother in childhood and how that one event can play out over the course of a person's life into adulthood; even when young motherless daughters become mothers themselves.

With that being said I wanted to reflect on what that experience meant for me and how it has shaped my very being " who I am as a young woman, mom, daughter, friend, etc. The lessons I've learned can't realistically be summed up into 10 structured points. However, if I could speak to my 14-year-old self and offer some semblance of encouragement I'd most likely share these words:

1. You may never "get over" losing your mother and that's perfectly OK

Having a mother to nurture us and build us up is a gift to be treasured. When the one person who will love you unconditionally, support you and cheer you on - no matter what - is suddenly gone forever, it can be a devastating blow to any child. For that reason, I wish I had known that I didn't have to try to "get over" her passing but instead I could embrace the opportunity to focus on her memory and any lessons I could glean from the time we shared together.

2. You will one day be a mom and will have the amazing opportunity to share your mother's love and memory with your own children.

It is such a joy to share my mom's recipes, old photos and fun memories with my child. He has such a curiosity for who she was and the type of grandmother she might have been to him. Seeing him smile at pictures of her dancing and enjoying life makes me smile and appreciate the relationship and role I now have as a mother.

3. Do not paint a pretty face when you really want to cry or scream to the rooftops

The stages of grief that a young child experiences after losing her mother come in many forms and at different stages throughout life. I, for years, coped with the loss by diverting my attention away from that reality, until one day I stopped in my tracks more than 10 years after her passing and I acknowledged that I was a motherless daughter. On that day I stopped moving, allowed myself to process the reality and truly grieved for the first time. It was the most liberating experience I'd ever had "¦ to realize I had a right to grieve and that smiling through it would only hinder my growth and acceptance.

4. You are not different, strange or weird because you lost your mother. Don't try to fit in, the experience is a part of you and nothing to be ashamed of.

This realization did not hit me until my first year of college, hundreds of miles away from home, in a place completely new to me. I originally thought it was a clean slate, a new start because I was going to a place where no one knew that I had lost my mother. But of course you can't live in the same space with a group of girls for an extended period of time and questions not start to fly. To my surprise I discovered that the young ladies I would soon come to befriend and respect had - for reasons I won't disclose here - either not known their mothers or no longer had their mothers in their lives. To this day I'm certain the experience was not a coincidence and was one of the many pivotal points toward my acceptance. I felt like I was looking at myself in those young ladies and I realized in that moment that I was not alone on this journey.

5. Never allow anyone to fill the space in your heart that was placed there for your mom. Honoring her even in death will help you to heal.

Over the years I've had many wonderful women to guide me, care for me and offer motherly support. Some have even referred to me as their own daughter which gave me comfort in knowing that so many people cared enough about my well-being to say "I am here." I do appreciate all of the community mothers from school, church and even within my own family. However, I wish I had known that none of their efforts would replace the love I received from my mother and that there is a reason why that sacred space should not be filled with a substitute for a mother's love.

6. On the other hand for the rest of that big heart of yours, allow love in

Losing my mother was a major life altering event but it would not be the only one to impact my life. Part of loving is letting go so that you can free yourself to experience love in a new form. In the beginning its hard to imagine that it would be possible to truly love again but in time somehow hope will spring up and there will be new found opportunities to genuinely love and be loved. The relationship I now have with my own child is an example of that truth.

7. Your mother's wisdom will be with you always. Listen, acknowledge and allow it to guide you.

Now that I'm getting closer to the age she was when she passed and my son is only a few years younger than I was when I lost her, I'm better able to relate to my memories of her. Although I was fairly young, the things I observed in my youth became life lessons in my adulthood. That is why it is important to make sure our children have a healthy and positive upbringing because one day that child will become an adult who will teach their children what was once taught to them.

8. Your mother birthed you into the world but you will experience many births (figuratively) as you grow, mature, change and become a woman in this world.

The reality soon sank in that although my mother had great influence, her memory would not be the only influence in my life. With every experience that has pushed me to grow and be a better person I experienced a rebirth. Those experiences were not always pleasant but nevertheless I grew out of them into the next phase of life.

9. You may find yourself learning a few things on your own. It may be frightening at first but in time you will be wiser and stronger because of it.

As a motherless daughter there were many lessons I had to learn on my own or at least in my mind I felt I did. I lost my mother before I could see in her and truly appreciate what it meant to be a woman, to chit chat about nothing with friends or apply blush without looking like Bozo. Not experiencing these things with her as a teen ultimately shaped my personality as a young woman. Much of who I've become is a reflection of that, but I've in time learned to embrace the unfamiliar and discover new parts of my personality that are specific to me and not what I might have missed in my childhood.

10. The sun will still rise tomorrow

When experiencing tragedy or loss it can feel as if the sun will never shine. That no amount of cake, pies, cards or hugs will have the ability to soothe the aching pain of losing the person who brought you into the world. If I could say one last thing to that lost and confused little girl I would say, "All of these things may be true and the pain may seem unbearable, but just as the sun sets, it will indeed rise in the morning."

Editor's note: This article was originally published on Regina Sayles' blog, The Solo Mama. It has been republished here with permission.

Regina is the founder of TheSoloMama.com where she writes about parenting, healthy living, money matters and more. When she is not juggling parenting duties, she enjoys reading, travel, technology and exploring culinary delights. You can find her on Twitter at .
nextarticle 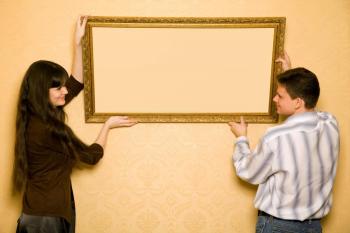 I Stink at Decorating. Now What?