10 things you should never say to your son-in-law

If you're interested in having a good relationship with your daughter's family, take our advice, and lose these 10 comments - pronto.

In-law relationships can be some of the most treasured in your life - and they can also be the trickiest. Like all relationships, they require work, and there are some definite do's and don'ts.

Here are 10 things you should never say to your son-in-law.

You think he doesn't know that? Most likely, he's working hard and doing the best he can. If he needs help in this area, be aware of what his talents are. When you know of a job opening that's up his alley, let him know by saying something like, "I heard about this job that you'd be good at. Here's the information in case you're interested."

Being critical of your son-in-law's appearance will not bode well. For all you know, he may be trying to save money by not getting his hair cut very often. Maybe he just likes having longer hair. That's up to him, not you. The more you harp on his appearance, the less likely he is to change it. Back off. Your relationship with him is much more important than the length of his hair.

Instead of criticizing your son-in-law about what he isn't doing with his kids, start noticing the little things he does with the children and praise him. For example, "I saw you playing catch with Jimmy. It looked like he was really having fun with you." Praise creates a desire to do more and do better.

While this may be true, coming from you will only make your son-in-law resist more. Spiritual matters are personal. Set a good example, pray for him and leave it at that.

Don't push this. He'll do it if he's ready. It may be that he and his wife have other plans. Maybe they don't have the money and they don't want to put themselves in debt with student loans. Maybe he's not the student type and doesn't want to go back to school. Your nagging won't change that. It will only drive a wedge between you and him. Trust him to do what's best for him and his family. Be patient. He's in the process of becoming who he's going to be.

You may think no one would ever say this, but sadly, some do. Sometimes, this is said in a fit of exasperation - when you're sure your son-in-law is not working as hard as he should. Other times, it may be said in an effort to motivate him to do better, but here's a promise: this will never motivate your son-in-law to do better. It will only cement in his mind that you have no confidence in him, thus diminishing his own self-confidence. Comments like this will make him more determined than ever to stay away from you.

7. "You sure spend a lot of time with your buddies"

Some association with old friends is healthy. If he's overdoing it, that's an issue he and his wife can talk about. If your daughter is complaining to you about this, tell her to take the conversation to her husband, and you stay out of it. She can approach him by saying something like, "Honey, I don't mind you going out with your friends some, but I miss you and would like to spend more time with you. What do you think would work?"

It's sad when a husband forgets his wife's birthday, but it's not the end of the world. You might make more of this issue than it deserves by confronting him. Comfort your daughter, validating that this would hurt. That's all you need to do. Then, at another time, point out some of your son-in-law's good qualities to her. He may be one of those guys (and he has a lot of company) who simply don't think about birthdays. Before your daughter's next birthday, jar his memory by asking him for a little help in knowing what present you could get for your daughter. This will work as long as you are sincere in your request.

Never accuse your son-in-law of cheating on your daughter. When anyone is accused of something as horrible as infidelity, it's a devastating show of mistrust. If your daughter is worried about this, she is the one who needs to discuss it with your son-in-law. If there is legitimate concern that there are marital problems, you can suggest marriage counseling.

When this is said in disgust, it hurts. It's like saying, "You're stupid." If your son-in-law did something that you think showed a lack of good sense, instead say something like, "Help me understand what was happening." Give him a chance to clear things up. We all say and do some stupid things. We all need to be given a little slack, a little understanding. Usually, there is a logical explanation for unexpected behavior.

These are just a few of the faux pas in-laws sometimes make. Watch what you say, and say only that which will build your relationship, not tear it down.

_For more from the Lundberg's, see their new e-book, "Wake-Up Call - What Every Husband Needs to Know." 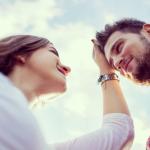 7 Meaningful Touches Every Husband Should Use to…