10 traits that define a hero

In this day and age of superheroes and superpowers, we need to teach our children about everyday heroes and how to be one in the life of another person.

My family was sitting around the table one ridiculously cold winter night, eating our chili and cornbread and discussing our day.

"I met a superhero today."

All eyes were on me. I had their full, undivided, and wildly imaginative attention.

I paused to let them ask their questions, then proceeded to tell them about Ray. For weeks, our flushing had been weak and our drains running slow. We knew full well that the septic was backing up, and we needed to call someone out to empty the tank. It was this day that Ray had shown up to do the job.

When he arrived that morning around 10 a.m. The temperature was 9 degrees with 30-35 mph winds which put the wind chill at around -12 degrees. Ray was a large man. His jeans hung below his belly, and his t-shirt and coat didn't quite reach. He pulled his big old tanker into the yard and had to manually uncoil about a hundred yards of hose and put it into the septic tank. All of this took time, but not nearly as long as he had to stand there in the bitter wind and wait for the tank to empty. It took nearly half an hour, during which time he had to just stand and hold the hose to keep it from dislodging and spraying everywhere. He couldn't leave it to warm up in his truck, even for a few minutes.

I stood at the window watching him as the tears ran down my cheeks out of great admiration for someone who would do this job. While others might have considered him a common blue-collar, uneducated worker, I esteemed him a hero. All of the decisions that were made to get him to my yard today added up to nobility. He could have ignored the alarm clock. He could have called in sick. He could have waited until another day when it wasn't so cold. He could have been negligent and not held that hose and hoped, sitting in his warm truck, that it wouldn't slip out and make a mess. But he chose to do all those things, probably to support his family, and that is heroism.

I fully expected him to grouse when he brought the bill to the front door. He could have been as bitter as the temperature and as hostile as the gusts that were blowing. Instead, he greeted me with a smile and made pleasant small talk as I wrote out the check. Such a good man, I thought.

Here is what we need our children to know about heroes:

For some, heroic measures mean just getting out of bed in the morning and putting one step in front of the other against insurmountable odds. It means not letting the world defeat them. It means loving without prejudice, judgment or condition.

If we can instill in our children a reverence for this kind of heroism instead of the larger-than-life superheroes they worship, we will go a long way toward making the world a better place. 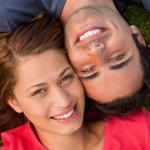