Toddler Tantrums Can Be Difficult to Manage But Here Are Several Strategies I've Found For Handling the Situation.

I love being a mother. But it can get tough. I always looked at toddlers that were having huge melt downs and thought to myself, "man I hope that my kid isn't like that." Well, now I have one who is exactly like that. Of course I love him to pieces, but man can he scream!

My son melts down at just about anything. He cries if his granola bar breaks in half. He screams if he drops his fork and I replace it with an identical one. If he is wearing a shirt for bedtime and doesn't want to take it off when I change him in the morning, we experience a huge melt down, etc.

Usually by the time breakfast is over, he's already cried, shrieked, screamed, and melted down over a handful of times because of things I feel are fairly meaningless. After a few months of this, I read up on why these toddlers cry so much. I pretty much read what I knew in the first place "

I know he has the best of intentions. I know that he's a smart boy just frustrated with his limited vocabulary and difficulty expressing himself. He has big emotions in a small body and it's difficult for him to handle them. He's just trying to figure everything out. And just when he thinks he has it figured out, his fork drops, or he has to change his favorite shirt. Eighteen months to about three and a half is a tough time for our little ones. Some toddlers have much more difficulty with it than others (our son is one of them). I guess that's why they call it the "terrible two's."

When we see the frustration starting to build, we do the following

I even sing the song from Daniel Tiger, "Use your words, use your words." On occasion he will use them and we avert a melt down.

2. We give him choices between clothes and colors, and other items

This works about 30 percent of the time.

3. We make something he needs to do sound and seem super fun like putting on shoes or his jacket.

For example we will say, "Wow, look at those awesome, amazing Lighting McQueen shoes! Mom has her shoes, dad has his shoes, Denali do you want to put on your awesome light up shoes on and be like mom and dad?" Yes, it's a mouthful, but if we act excited and use good tones he will quite often comply.

4. We try to let the non-essentials slide

For example, if he wants strawberries instead of blueberries, we give him the strawberries. If he wants to play with a non-toy that won't hurt him or break easily, we let him.

Often, he becomes too tired to handle his emotions and needs to recharge. Nap times are life savers. If refused, he has quiet time for at least an hour or two and then goes to bed a little earlier than normal.

6. We set up plenty of play dates with other kids

My son, Denali is a strong-willed social boy who loves to be around others. Play dates usually help him burn off energy, learn, socialize, and feel special.

7. We have him go to timeout for when he misbehaves

He has to stand with his head toward the wall for about a minute or two. Timeout is especially effective for him!

We ask him to look us in the eyes, (we kneel down so we are at his level) and teach him that what he is doing or perceiving may not be the most correct. For example, we tell him he needs to share his crayons with his friend he is coloring with. Or, we explain that the granola bar is OK even if it is broken, etc. This is suggested by many professionals but I can say that with our son, honestly, it rarely works. Maybe one day it will.

I've noticed if we limit the time he spends watching TV, he is better behaved.

10. We make sure to have one-on-one time and family time (without electronics)

I take him on mommy-son outings often. Dad takes him out too. I read to him alone, have tickle wars, jump on the tramp together, etc. By doing this we are trying to show and remind him (that despite growing older and having a little sister) we will always love him. One-on-one time really helps to reduce his melt downs.

Yet, even doing our best and implementing all of these tactics often, we still experience multiple crying, screaming, and whining episodes each and every day.

I asked my sister what she does because her son easily wins the award for crying episodes. She told me what she found to really help combat the melt downs was making a designated "crying chair." When their son was crying (and wasn't in trouble) he was sent to sit on the crying chair. As soon as he was done crying he was allowed to get off. After a day or so he realized what was going on. He only went and sat on the crying stair when he was crying. He wasn't being punished, he was simply being asked to sit and calm down.

We began doing this with our 2 1/2 year old. He has a crying step and it is the top step in our garage or the bottom step on our back patio (the reason why it is outside is so he can calm down without waking up our baby, which has happened too many times to count). In the winter we will change the location.

We are so happy my sister gave us this advice. Not every child will need a crying stair/chair. But if you have one who, despite your best efforts and implementing many of the tips I shared above, cries or screams incessantly, it may work for you as well as it does for us!

Editor's note: This article was originally published on Anita Fowler's blog, Live Like You Are Rich. It has been modified and republished here with permission. 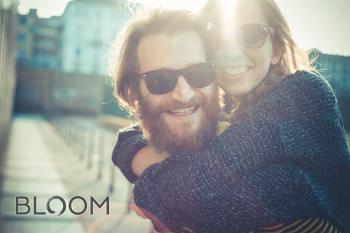 9 Surprising Problems That Could Destroy Your Marriage