There's Now a Bluetooth Pregnancy Test That's Freaking People Out. Will It Affect Baby Announcements, Too?

We just can't do anything without an app, can we?

First Response - the highly popular pregnancy test company - has released a new test that's so 2016. Through Bluetooth wireless capabilities, the Pregnancy PRO test connects with users' smartphones to give them information about their pregnancies and test results. It costs between $15 and $22, depending on which version you choose, and goes on sale Monday. 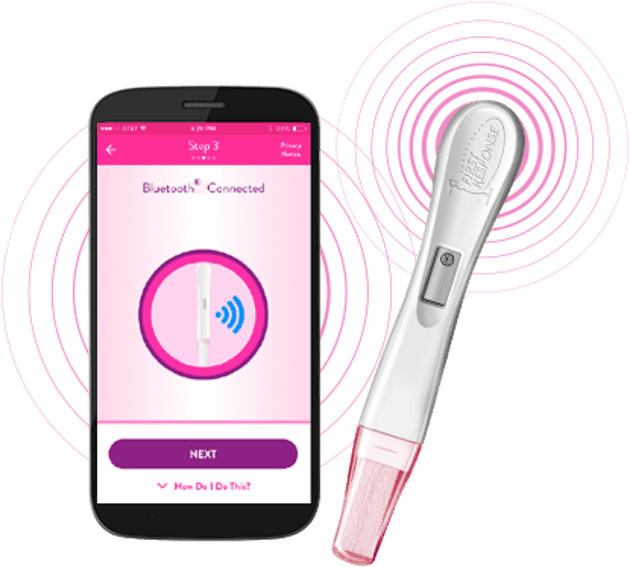 The test connects wirelessly to your smartphone and will open the First Response app once you take the test. As you wait for a response, it will send you information about "assurances," and what to do while you're waiting. It even has a due date calculator that can help you plan your pregnancy.

Once your test result comes through, it'll appear both on the physical test kit and on the app. So, yes, it's entirely possible for you to check if you're pregnant by looking at a notification alert on your smartphone.

It makes sense then that the new test is mainly meant to connect with millennial moms.

The test's app can help women who aren't pregnant, too. It offers information about infertility support, as well as tips on how to get pregnant and what questions people can ask their doctors about having a baby. 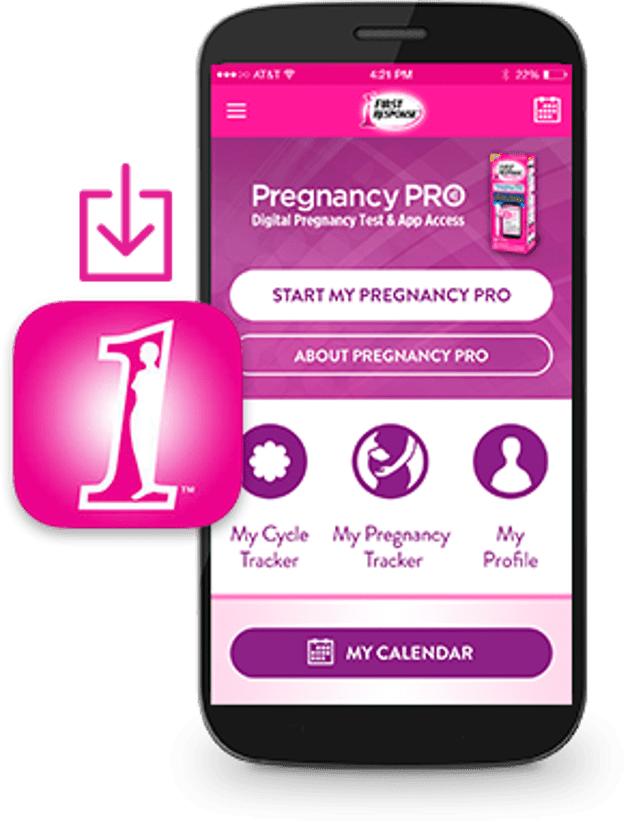 Most commenters seem pleased with the app so far, celebrating the wireless technology and the app's ability to help families become pregnant.

"We've been trying for another baby before my age 40. I loved that the app helps you through the process and is very easy to follow the instructions. My results were negative and I was a little upset. But I will keep trying. Thanks for such an awesome product. Makes it more fun to use," one commenter wrote.

Others say, though, that the $15 price tag is a little hefty.

"I bought this after a scare and because it was $16 I assumed it would be well worth the money. I was wrong, the clock would not even flash after I used it and a question mark appeared," another commenter wrote.

Dan Seitz of Uproxx found that the app will absorb data from a number of apps already on your phone to help give you the best pregnancy plan available. He also wondered if the app has the power to share pregnancy news through social media.

"Can anybody add the pregnancy test to their phones and see the results? What happens if the app suddenly decides it wants to share your pregnancy status with, say, your insurer or local department stores? It's bad enough your Fitbit can figure out when you're pregnant, does your phone need to know, too?" Seitz asked.

If this app really is connecting to every app in your phone, you may soon be able to announce your pregnancy to the world through the app by tweeting a link or sharing a Facebook post to let the world know.

That's a little different from some of the more popular pregnancy apps from the past few years. Here's a look at 11 awesome pregnancy announcements that didn't need the app to share their heartwarming message.

Shut up and have a baby

Nothing like two couples sharing their baby announcements at once. These families are surely over the moon with their newborns.

Having a baby is nothing less than a horror show, at least according to this couple.

Ah, the sweetness of having a new baby.

This husband and wife had their future baby's grandparents wear a pair of soundproof headphones as they mouthed a phrase to them to see if they could guess it. And when they did, it was emotion city everywhere.

This couple found out they were pregnant just a day or two before Christmas and shared the news on Christmas Day.

Not only did this husband get the surprise of his life, but so did the future grandparents.

The best bun in the oven

This couple struggled to get pregnant for 17 years. But when it finally happened, the reaction was beautiful.

First dates often end up in a photobooth. It apparently serves as a good place for a baby announcement, too.

There are no words

This amazing video shows a deaf husband when he found out that his wife was pregnant.

Remember when "Uptown Funk" parodies were a thing? This couple used the song for their pregnancy announcement. 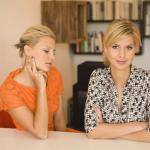 5 Phrases That Are Destroying Your Friend With…