12 lies every mom tells her kids

You'd Be Lying if You Said You Never Told These Lies to Your Kids.

Some virtues you don't teach by example, and honesty is one of those. It's nothing to be ashamed about; all moms throw out a little white lie every now and then. It's what you have to do to avoid going insane. Here's a list of lies that every mother has told her kids:

1. I will leave without you

When your daughter is throwing her third tantrum at the store and holding on to an oversized stuffed animal for dear life, you may have thrown out an "I will leave without you." But even if you begin to walk in the other direction, you know it's one of the biggest lies you've ever told.

2. I would never eat your Halloween candy

But just because it's not the time the kids normally go to bed doesn't make it not time to go to bed tonight.

The perfect time to make a mess with finger paints or to eat a second ice cream cone will always be "later." It's the classic parent alternative to "no."

5. If you eat your broccoli, you'll grow big and tall

It definitely has to help out, regardless of the fact that genetics probably have more control over the big and tall factor than the nutrients in food.

And by "almost" we mean we're a quarter of the way to our destination.

Santa Claus is very real and he has a magic ball that shows when you do something wrong. Even if no one else ever finds out about it, Santa knows and he won't bring you that awesome double-barrel Nerf gun on Christmas.

A more honest version would be "I don't know how to answer your question." Because frankly, some questions that kids ask are just better left unanswered for the time being.

9. I always know when you're lying

10. The Tooth Fairy was on vacation last night

11. Your face will freeze that way

There's really no way of knowing whether this is true or not, so the next time your kids are making weird faces at passing cars and having an eye-crossing tournament, it's definitely your duty to warn them about their very possible fate. 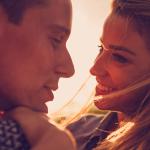 It's Not Just About Money. How Understanding the…