Even Princess Kate and Meghan Have to Follow These.

We sure hope Meghan knows what she's getting herself into once she marries Prince Harry. Sure, being royal has its perks, but it also has some strange - and strict - rules. Here are some things Miss Markle is going to have to deal with:

1. The royal family must bring a black outfit with them when they travel

While Princess Elizabeth was touring Kenya in 1952, her father, King George VI died. Elizabeth did not have an appropriate outfit so she had to remain on the plane until a black dress and hat could be brought to her. So that royals are never caught likewise unprepared, royals must always pack a black mourning outfit when they travel.

2. The king or queen must approve before a marriage proposal is made

Much like the Disney princess version of love, due to The Royal Marriages Act of 1772, royals must ask the monarch for permission before proposing. This rule used to apply to all royals but in 2013, Parliament passed an Act that only requires those in the closest line to the throne (currently Prince Charles, Prince William, Prince George, Princess Charlotte, Prince Harry and Prince Andrew) to ask the Queen's permission.

Catherine, Duchess of Cambridge meets guests during a garden party at Buckingham Palace on May 29, 2012.

3. Everyone must stop eating once the queen takes her last bite

According to the BBC, if the queen is finished eating, you must be too (which is rough if you're still hungry). However, Queen Elizabeth has the good manners to often save a bit of food on her plate until the rest of the table is finished.

4. Garlic isn't served at the palace

The queen's eating habits also affect what food is served. Former palace chef, John Higgins, reported that Queen Elizabeth hates garlic so "at Buckingham Palace you don't cook with garlic." The avoidance of garlic is also observed at any meal the queen attends.

The Queen also limits what is served for dinner at the palace. Former palace chef Darren McGrady said, "No potatoes, rice, or pasta for dinner." Instead they usually eat "something like grilled sole with vegetables and salad."

6. The Queen can drive without taking the driving test

As part of the "royal prerogative," the Queen is the only person in the United Kingdom that's allowed to drive without a license or even taking the driving test. But don't think that she isn't knowledgable - during World War II, Elizabeth was trained as a mechanic and driver in the Women's Auxiliary Territorial Service. She can even rebuild an engine or change a steering wheel.

"The lessons from the peace process are clear; whatever life throws at us, our individual responses will be all the stronger for working together and sharing the load"

The 1701 Act of Settlement prohibits royals from marrying Catholics. In fact, the Queen's eldest grandchild, Peter Philips married Autumn Kelly, a Roman Catholic but she chose to convert to Anglicanism so her husband could remain 11th in line for the throne. However, this was overturned in 2013.

8. The Monarch can't vote in elections

The royal family is supposed to remain politically neutral. But according to the parliament's website, royals voting isn't necessarily prohibited by law. Still "it is considered unconstitutional for the Monarch to vote in an election."

9. At dinner parties, the queen speaks to the person to her right first

This is more of a tradition than a requirement, but every royal bride since Queen Victoria (the woman who started the white wedding dress tradition) has had myrtle in her wedding bouquet. Its inclusion in the bouquet is apropos since the Victorian significance of myrtle is love and marriage.

People are very generous to the royal family and they are often offered gifts wherever they go. The royal family has been given many strange gifts such as a miniature replica of the throne from "Game of Thrones," 500 cases of canned pineapple and horse sperm.

If you're ever lucky enough to meet a member of the royal family, don't expect to have their autograph as a souvenir. It's important for them to keep their signature a secure so it's not forged but also it isn't considered royal to go about signing autographs. 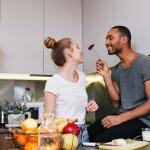 How to Sneak in Dates Even if You…