No One Was Prepared For the Scary Diagnosis This Young Girl Received.

"Catch," my wife said and threw an avocado to my daughter. Maddie was nine at the time. She loved fake mustaches, acting and helping my wife in the kitchen. Maddie just watched as the avocado hit her left shoulder and fell to the ground.

"Why didn't you catch it?" my wife asked.

Maddie looked down at her hand. "My hand doesn't work very well."

We had noticed that Maddie liked to pull her hand in close when she relaxed it. It seemed strange so we asked her about it. She would stretch it out and assure us it was fine. But this was different. My wife investigated, asking Maddie to open and close her hand. She could do it, but her fingers trembled.

After a quick call to Maddie's pediatrician, my wife soon found herself driving Maddie to the hospital.

"It's a brain tumor," the doctor stated after viewing her MRI results. My wife fought back tears as she phoned me with such shocking news. I rushed from work to join them at the hospital, still trying to process what I had just heard.

I hated those words — brain tumor

And the doctor showed us on the computer screen, flipping through each layer of the scan, that it was not small — about two and a half golf balls in size. Because it was pressing on the right side of Maddie's brain, she was losing control of the left side of her body. It was also wrapping around her optic nerves and beginning to affect her eyesight.

The worst day of my life

Because it was a very slow growing tumor and we wanted to schedule the best possible surgeon to take care of our girl, the doctor recommended we wait a few weeks for the surgery. Those were some of the hardest weeks of our lives. As you can imagine, emotions ran high, but we tried to keep them in check.

Maddie kept going to school, I went to work and my wife ran our house. We wanted some sense of normalcy, but we also prayed hard. We threw in some extra music, weekend trips and runs for emergency ice cream or cheesecake to keep our spirits up. And we tried not to dwell too long on all the things that could go wrong.

We all hoped the surgery could've taken place sooner, but part of us wished it didn't need to take place at all.__

Though the procedure is rarely fatal, it was possible for the patient to suffer from varying degrees of brain damage. And we loved our daughter's mind. Our heads were swirling with all kinds of negative thoughts. But, before we knew it, we were hugging our daughter and handing her off to the nurses, who slowly wheeled her into the operating room.

Then my wife saw something that changed everything

Because Maddie loves fake mustaches, my wife's cousin, Jenny Mason, made a fake mustache, took a selfie of herself wearing it, and posted it on social media with the tag #mustachesformaddie. It was fun and thoughtful, both a tribute to our daughter and a pick-me-up. Another relative did the same. And then another. My wife and I joined in and more and more friends, family members, colleagues, acquaintances, and sometimes people we didn't even know, quickly followed suit.

Those who joined in were from all walks of life. Professionals in business suits with cut-out paper mustaches. Principals and teachers, babies and grandmas. A few friends even put mustaches on their dogs or stuffed animals. Some people cut mustaches out of paper. Some made them out of peanut butter or toothpaste. One person cut out a giant mustache and put it on his car. All trying to make our little girl smile.

By the time our daughter woke up from surgery, we had pictures of hundreds of people wearing mustaches for her. Over the next few days, during long and painful recovery, more and more pictures came in. Her friends from school. Her teacher. Local authors. Through a friend, even writers at Nickelodeon put on mustaches. The girl who played Sam on ICarly (one of Maddie's favorite shows at the time) even sent a video message to Maddie showing off her own collection of mustaches.

And they worked. Maddie definitely smiled

The surgery was a success. Maddie recovered very well in time. Unfortunately, a year and half later, the tumor returned and she had to go through it all again. Thankfully, that second surgery ended with the doctors safely removing what was left of the tumor. Now, Maddie has regular check-ups to make sure it's gone for good.

It has been an emotional rollercoaster, but one thing we will always remember and be grateful for are the amazing people who rose up to show our girl they were thinking about her. During hard times, everyone can use good friends, family and maybe even a few fake mustaches.

Chad Morris is a teacher, curriculum writer, and author of Mustaches for Maddie, now available on Amazon. Learn more at www.mustachesformaddie.com. Connect with Chad on Facebook, Twitter, Instagram, and GoodReads.
nextarticle 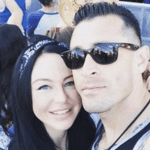