13 Medications You Should Never Use While Pregnant

If You're Expecting, Avoid These Medications at All Costs.

You want a happy and healthy pregnancy; so you likely watch what you eat, and do your best to get enough sleep (although that growing belly makes it an increasingly difficult task).

But when it comes to the medicines you take, be extra careful to avoid these while you're pregnant:

The problem with medications like Advil and Motrin is the ibuprofen, especially when taken late in your pregnancy (past 30 weeks or so).

"Ibuprofen can actually cause an important passageway in the baby's heart to close when taken in late pregnancy. That passage needs to stay open while the baby is still inside the uterus and is meant to close up soon after birth," said Kelly Kasper, MD, OBGYN and associate clinical professor at the Indiana University School of Medicine.

The too-early closing of that passageway can lead to heart and lung damage, and even death.

Naproxen should also be avoided during pregnancy. Especially when taken later in pregnancy, it can dangerously reduce blood flow to the fetus.

Like ibuprofen and naproxen, aspirin should be avoided during pregnancy as well. Taking aspirin during pregnancy can "cause the baby's blood flow to be channeled to the uterus," which can be lethal to the growing baby.

According to the Centers for Disease Control and Prevention (CDC), "Accutane and similar retinoid drugs cause a high number of birth defects," including fluid in the baby's brain, facial dysmorphism, intellectual disabilities, heart defects and cleft palates, among others.

Another drug to avoid is used to treat chronic cases of Hepatitis C. Ribavirin is so harmful that "women are advised to wait six months after discontinuing Ribavirin to start trying to get pregnant."

In a recent Danish study, use of the antifungal medication fluconazole, used to treat yeast infections (which pregnant women are prone to), showed an increased risk of spontaneous abortion.

Even too much of a good thing can be harmful. The American Pregnancy Association explained that taking and consuming too much of a certain vitamin (particularly iron and calcium) can be toxic to you and your baby.

Used as an anti-depression and anti-anxiety medication, Lexapro is still prescribed by doctors if "the benefits of the medication for the mother outweigh the potential risks to the unborn fetus." However, more research suggests that Lexapro can actually cause heart defects, spina bifida, club foot and a higher risk of miscarriage.

Some kinds of antibiotics are regularly prescribed to pregnant women, and are considered safe; but according to the Mayo Clinic, tetracyclines can discolor a developing baby's teeth and shouldn't be taken past the 15th week of pregnancy. Talk to your doctor about the use and safety of antibiotics while pregnant.

Commonly found in many over-the-counter drugs, antihistamines may not be as safe as originally thought. According to Parents, a new story reported that pregnant women who took antihistamines to treat severe morning sickness were "more likely to have premature births, babies with low birth weight, breathing and feeding problems, infections and developmental issues. In the study, more than 50 percent of the ... patients who experienced the above problems took some form of antihistamines."

Sleeping may get more difficult while pregnant, but be careful how you treat insomnia. Dalmane has been shown to cause the same brain development risks as hard drugs and alcohol. Mental retardation, ADHD and other learning disabilities in your sweet baby can be a result of taking the medication.

Another drug that causes serious birth defects is Topamax. Patients struggling with migraines and/or epileptic seizures should not take this medication. Please let your doctor know if you are pregnant or might become pregnant and avoid a Topamax prescription.

Bismuth subsalicylate, also known as Pepto Bismol, hasn't officially been declared dangerous while pregnant, though some research suggests that long-term usage can be harmful. When taken later in pregnancy, the ingredients of this tummy-soother may increase your risk of bleeding during delivery, according to Healthline.

As with any treatment option, be sure to discuss with your doctor which medications are safe to take during pregnancy. And don't be afraid to opt for a second opinion if you are ever uncomfortable with a treatment plan. 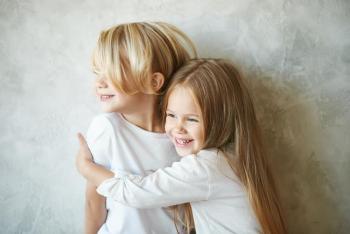 3 Ways to Teach Your Child to Be…