As a Mom, Can You Relate to Hearing One of These Dreaded Sounds?

If you're a mom, there are some things that you love to hear ... your child saying "I love you," siblings playing quietly together in the next room, the sound of the wine hitting your glass once the kids are in bed ... you know, all the wonderful joys of motherhood!

Then there are those things that a mommy NEVER wants to hear. These are the sounds that strike fear in every mother's heart (especially the last one):

A loud crash followed by screaming

Any kind of silence

Sometimes it's fine ... but we all know that often that silence is really the sound of trouble! Are you going to find toothpaste all over the bathroom or is your child's face going to be covered in lipstick and eyeshadow because she just found her big sister's makeup kit?

One sibling saying to the other "I'm going to tell mommy!"

At least you know you're going to find out what happened.

One sibling saying to the other "Shhh, don't tell mommy!"

You may never find out what's going on. That's when you sneak quietly to the door (back against the wall in your best Charlie's Angels pose) and eavesdrop. The best part is after you've listened for awhile and they suddenly see you standing there. That look of complete shock and awe is priceless!

The sound of your toddler dragging a stool across the room

If they want something, they'll usually just ask for it. If they want something they're not supposed to have, the stool comes out. Somehow they have no idea that you might hear the sound of the wood scraping against the floor from a mile away. (If you have carpets, you may be in trouble!)

You could have the healthiest children in the world, but as soon as you plan something fun without them, they suddenly come down with Ebola-like symptoms!

Your child doesn't want to leave the park/toy store/Chuck-e-Cheese and when you hear those words, you know it's about to get ugly!

The sound of silence in the back seat of the car

This isn't so bad early on in the day. However, if you've been out and are making your way home late in the day, you'll do ANYTHING to keep the kids from falling asleep! You may sing songs, play I SPY, even resort to bribery ... anything to keep them awake now so that they're not up until 11 p.m.!

When we were kids, my sister always picked the hamsters that would put Houdini to shame! It was almost like a game to see if we could catch them before our mom found out. Sadly, a few were never found ... well except the one that we found years later in the basement. Let's just say that his was not a happy ending. It is for this reason that my kids will not be getting hamsters until they have their own apartments. They can blame their Aunt Jennifer!

Now this isn't always a bad thing but when it happens at 4 a.m. in the morning (which it does in my house), mommy is not a happy camper.

Hubby asking "Is this all the wine we have left?"

Why is he even asking ... shouldn't he be on his way to the store by now?

I'm sure that this is just the tip of the iceberg ... what are the things that you never want to hear?

Editor's note: This article was originally published on Fun Money Mom. It has been republished here with permission.

I’m Lisa … mommy, wife, former teacher turned blogger and lover of coffee, wine and fancy new shoes! There’s nothing I love more than hanging out with my two sweet girls, having date night with my hubby or enjoying a girl’s night out with my friends.
nextarticle 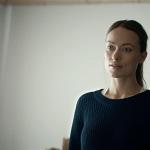