Often a lovely verse is quoted from or attributed to the Apostles Peter or Paul, when it is instead more something Peter, Paul or Mary would have hummed.

I used to quote from the book of Chenethiansuntil my kids caught on that there was no such book:

"Heaven does for those who do their own dishes." Nice try, dad.

There are many sayings that sound like they could have been pronounced by Charlton Heston in "The Ten Commandments" but aren't even close. Some have basis in holy writ but are more fable than actual scripture. Lets start with one that is an actual fable:

God helps those who help themselves

This is originally from a story told about Hercules, who was asked for help in a prayer given by a mere human. Hercules answered by saying that the man should "get up and help himself," or something equally as cheerful. Aesop was the writer — he of fable fame.

Cleanliness is next to godliness

I personally have found that cleanliness is next to impossible and I think I am clever every time I say that. Neither one of these sayings is in the Bible. This super-squeaky quote was authored by evangelist John Wesley.

Pride goes before a fall

Makes sense. It's "the bigger they are the harder they crash" sort of thing. Proverbs 16:18 is as close as it gets, and it reads: "Pride goeth before destruction, and an haughty spirit before a fall." You can see the correlation.

Parenthetically, modern technology makes it just plain silly to get a quote wrong. Today, anyone can google search for accuracy or origination. People can't make up stuff and blame the Bible like they use to. It's too easy to conduct a simple etymology/phraseology check. So, when football great Mike Ditka quoted the Bible and said "this too shall pass" he should have been alluding to his offence. But no, he mistakenly referenced the Bible in a press conference that followed his being fired as head coach at Chicago.

It did, indeed, pass.

Often a verse is quoted from or attributed to the Apostles Peter or Paul, when it is instead more something Peter, Paul or Mary would have hummed.

Hate the sin, but love the sinner

This is a slight alteration of an idea of Mahatma Gandhi's, who said, "Hate the sin and not the sinner". I prefer "Love one another", which has a richer and deliberate biblical pedigree.

Spare the rod, spoil the child

This comes close to what is actually in the old testament. Proverbs 13:24: reads "The one who spareth the rod hateth his son." I do not hate my son. Neither, however, do I own a rod. Everyone's safe.

Be in the world, but not of the world

God will not give you more than you can handle

1st Corinthians 10:13 reads "There hath no temptation taken you but such as is common to man: but God is faithful, who will not suffer you to be tempted above that ye are able; but will with the temptation also make a way to escape, that ye may be able to bear it." This saying based on this scripture gets to the meat of the issue.

Idle hands are the devil's workshop

They may be, but not in the Bible. 1 Timothy 5:13 does refer to those that are idle, and not in a positive way.

Yes He does."For my thoughts are not your thoughts, neither are your ways my ways" says Isaiah 55:8-9. But this quote is from 19th century poem by William Cowper.

"A fool and his money are soon parted" True - a lovely proverb that is not in the Book of Proverbs.

"A roman coin saved is a roman coin earned" - OK, it's a penny, but it's still not in the bible — though it's a saying that goes back to the 17th century.

"Charity begins at home" was first found in the writings of 14th century Brit John Wycliffe and was originally in German. It translates as, "Charity begins with ones-self".

Apparently, so do a lot of Biblical quotes. 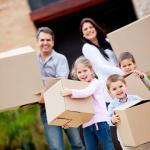