14-year-old girl calls 911 on her mom when she starts acting very strange; what they discover leaves everyone speechless

What She Learned Two Days Before Couldn't Have Come at a Better Time.

Katie Murphy, a 14-year-old from Wisconsin, was going about her day when she started noticing her mom acting a bit strange.

Murphy's mom went to her for help after she was struggling to put toothpaste on her toothbrush, and Murphy told WISN, "[My mom's] speech was all mixed up...I was like, 'maybe she's having a stroke.'"

Two days before the incident, Murphy had learned about the signs of a stroke in her science class. She was paying close attention because it was a subject that piqued her interest. She said, "I thought it was kind of cool and weird that people's speech got mixed up [when they have a stroke]."

The science lesson saved her mom

Murphy immediately recognized the symptoms she had learned about two days before and called 911. Doctors confirmed that her mom did, in fact, have a stroke.

Although she learned the symptoms of a stroke at school, there were other factors that played into the miracle of Murphy's mom living to tell the tale. Murphy was planning on going to a sleepover the night the stroke happened, but she decided to stay home instead.

It wasn't a coincidence

Beth Tomlin, the teacher who gave the lesson that saved Murphy's mom's life, believes there were too many miracles involved for this ordeal to be a coincidence. She said to WISN, "I believe that the Lord had it all in his hands. He knew how everything was going to turn out, and there's no other way to put it...was all God's doing."

What to tell your kids

Luckily, Murphy had the knowledge to know what was going on and to call 911. However, many children and adults alike don't know the symptoms of a stroke. There is a trick to knowing the symptoms by remembering the acronym "FAST," which stands for:

Being familiar with the signs could save someone's life (or your own). 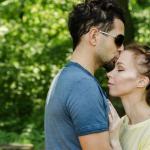 5 Things You Should Never Say to Your…