15 cities that likely love the Bible more than you do

The Barna group just published its annual list of the most Bible-minded cities. Take a look and see where your state ranks.

Religion is an important aspect of people's lives. In fact, more than half of the country says religion is "very important" to them. Christians especially see religion as important, with 66 percent of the religious group saying their faith is very important to their lives.

And, like some religions, some areas of the country embrace religion more than others. The South and areas of the Midwest tend to be the most religious, with much of the Northeast embracing secular values, according to The Washington Post.

Similarly, some cities embrace the Bible more than others. The Barna group report found that Chattanooga, Tennessee; Birmingham, Alabama; Roanoke, Virginia; Shreveport, Louisiana; and Tri-Cities, Tennessee, are the most Bible-minded cities in the country.

So what does Bible-minded mean? Barna's annual survey determines this ranking by Bible engagement, specifically how much individuals read the Bible in a week or advocate that the Bible's word is completely true.

"This definition captures action and attitude - those who both engage and esteem the Christian scriptures," Barna explained.

As other polls and studies have found, the South is still the most Bible-minded area of the country, with all of the top 10 cities being below the Mason-Dixon line. Fifty-two percent of Americans overall feel they are Bible-minded.

See where your state ranks in the slideshow below: 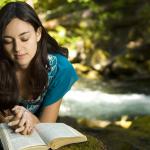 More Americans Than Ever Before Report Feeling Spiritual