If You're a Parent, You Know Life With Kids is Pretty Unpredictable and Funny. How Many of These Tweets Can You Relate To?

There are just things that happen (and things we say and do) that would never be possible if children weren't involved.

These tweets from parents are hilariously relatable.

1. Raise your hand if you're overly familiar with this exercise

An exercise video for parents where all the lunges are just you going around the house picking up Capri Sun straw wrappers.

2. When it's easier to put pants on a dog than argue with your child

My son was crying and asked, "why doesn't the dog have to wear pants?" And it's like, I don't even know. So now I'm putting pants on a dog.

3. How it feels during those rare moments of cleanliness

The house is clean. Nobody move. Or breathe.

4. Oh. That's what you wanted that for

My kids wanted a karaoke machine for Christmas-little did I know it would be for yelling in the mic "CAN WE HAVE A SNACK" when I'm upstairs.

6. Who else just shuddered?

In my house, He Who Must Not Be Named isn't Voldemort.

7. Because you're too exhausted to care after the first kid

1st kid: Document their every move

According to the 2nd law of thermodynamics, when parents relax, children must increase the amount of disorder in the universe to compensate.

9. The questions on repeat..

My daughter got her first loose tooth, and she asks me if it's missing yet every 2 minutes.

10. The balance between letting your kids learn to work and wanting to have everything done a certain way

11. Kids and their doses of reality

"I just think it's weird that you have so much white hair. That's kind of a grandma thing."

-7yo, and current least favorite child

12. When what your kid says is concerning

My 4-year-old walked by muttering, "We need more monkeys."

I'm suddenly very concerned with the number of monkeys we currently have.

Me: Go pull out your clothes for our trip.
5: Do we need underwear?

15. This is something we all must try!

I just rebranded leftovers as a "Kid's Choice Dinner!" instead.

I never imagined how much my advertising degree would help me as a parent.

What crazy things have you or your kids said or done lately? Raising a family can be rough, but there's usually something to laugh about. 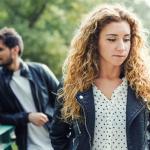