Want to Avoid an Argument With Your Spouse? Send Him or Her One of These Texts. They Really Work. Trust Me.

Careful with how much you argue with your spouse. It could break your heart ... or your back.

A new study out of the University of California, Berkeley, has found that couples who constantly argue could cause one another to have increased blood pressure, which can cause heart problems over the long term, and back issues in the future.

"If you rage with frustration during a marital spat, watch your blood pressure. If you keep a stiff upper lip, watch your back," the study's abstract reads.

Blood pressure can especially be an issue when couples have outbursts of anger.

In fact, deciding not to argue at all - you know, embracing the cold shoulder or "stonewalling" - can actually create musculoskeletal ailments, creating stiff muscles and bad backs.

"Our findings reveal a new level of precision in how emotions are linked to health, and how our behaviors over time can predict the development of negative health outcomes," said UC Berkeley psychologist Robert Levenson, the lead author of the study.

The researchers found this after analyzing 20 years of data, looking at age, education, smoking habits, alcohol use and levels of exercise.

These findings were most common among husbands, though there were some wives who suffered from these problems, too.

"We looked at marital-conflict conversations that lasted just 15 minutes and could predict the development of health problems over 20 years for husbands based on the emotional behaviors that they showed during these 15 minutes," lead author Claudia Haase said.

The researchers said this finding points to how couples should look at their emotional struggles more closely, and be aware that too many fights and conflicts could lead to problems down the road.

"Conflict happens in every marriage, but people deal with it in different ways. Some of us explode with anger; some of us shut down," Haase said. "Our study shows that these different emotional behaviors can predict the development of different health problems in the long run."

This study falls in line with a study from earlier this year that found emotional struggles - whether it's physical stress, anxiety or anger - can impair one's nervous system, which will later create something called "broken heart syndrome" among couples.

Despite the evidence that couples who argue suffer from physical issues, they still do it for a psychological reason. Earlier this year, School of Life, an organization that looks to help people understand emotional intelligence, published a video that shows we fight with our partner because we feel comfortable when we argue with them since we know they will forgive us later on.

"Part of this is because our loved ones let us crumble and complain in front of them," The Huffington Post reported on the video. "Another factor is that the love they give is reminiscent of the love we were given as children. Our parents could seemingly fix everything, and those expectations carry over into our adult partners, whom we sometimes view as our caretakers."

These arguments can happen almost anywhere for couples, especially since we spend so much time with our significant other. In fact, a survey out of Ireland found last year that couples often argue in the car while driving, which puts them at immediate risk for accidents.

But these days - in an age where everything can be done over the phone - couples will also have spats through their phones. Text message arguments - complete with large gray boxes of texts and the boredom of waiting around for the three dots to stop moving - are one of the more popular ways couples argue today.

"We've all been there. With the proliferation of smartphones, arguments tend to last about as long as it takes someone to Google the answer to whatever they've been arguing about," according to Quartz.

Though research has found text arguments aren't the best way to have a spat with your spouse, either. A study out of Brigham Young University found that couples report lower relationship quality and satisfaction when men spend too much time texting their female significant other.

Similarly, Lifehacker outlined some reasons why text arguments don't work either. Texting is meant for quick communication, after all, and long, drawn out arguments don't help couples get across their points as easily.

Since texts can be ignored, an argument over the phone may also keep couples from arguing at all, which could stall the fight and put an emotional burden on a couple's shoulders.

"The ultimate defense mechanism is ignoring the problem. It might be easiest at the time to simply put the phone down and come back to it 'when you're ready,' but, since there really is no convenient time to have an argument, you'll keep putting it off until more and more damage is done," according to Lifehacker. "Don't let things pile up to a breaking point; call and get through your problems."

Before you and your spouse argue too much through your hotlines, here are 16 texts you can send to help defuse the situation. 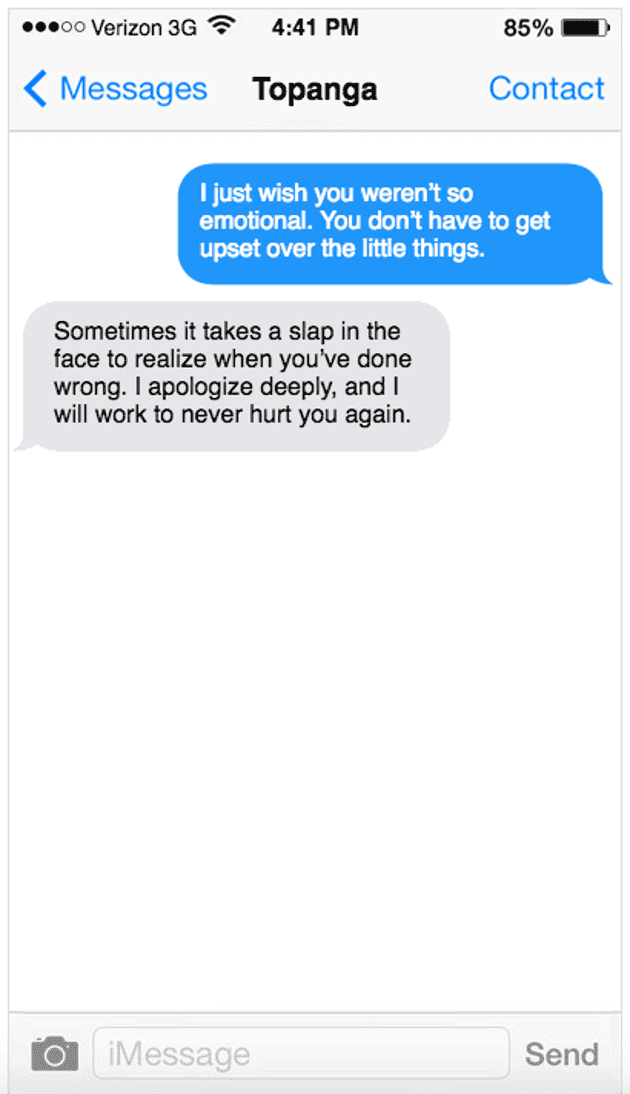 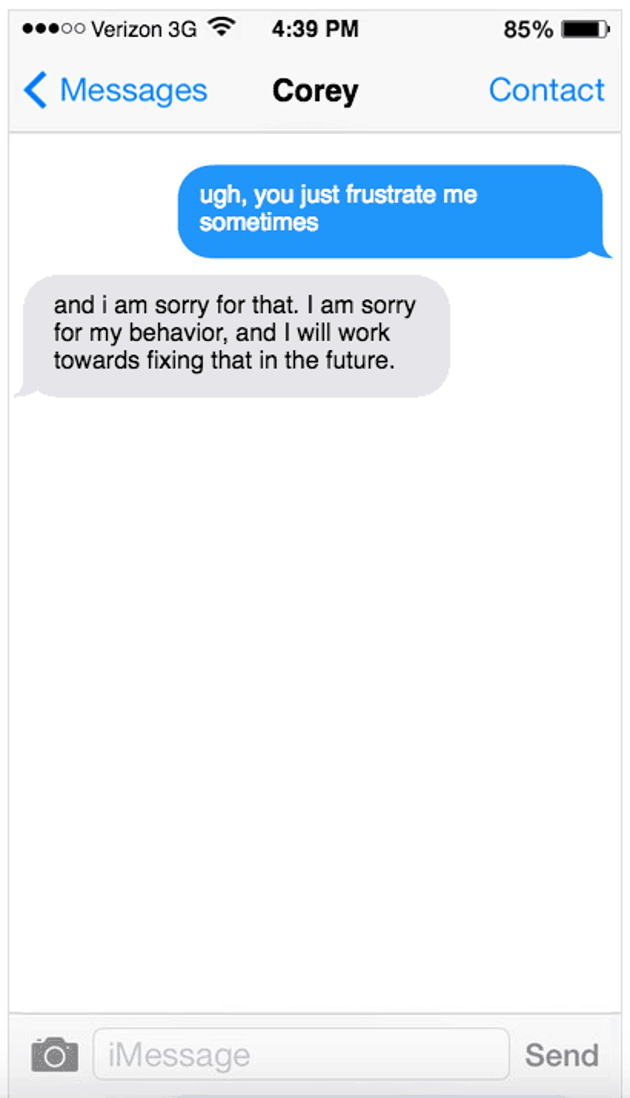 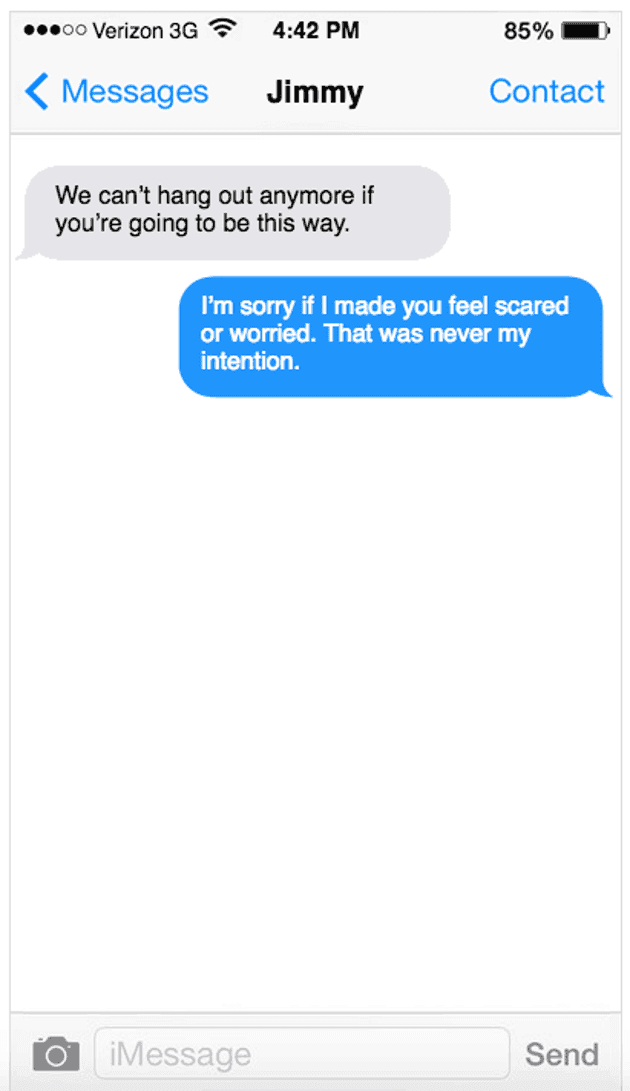 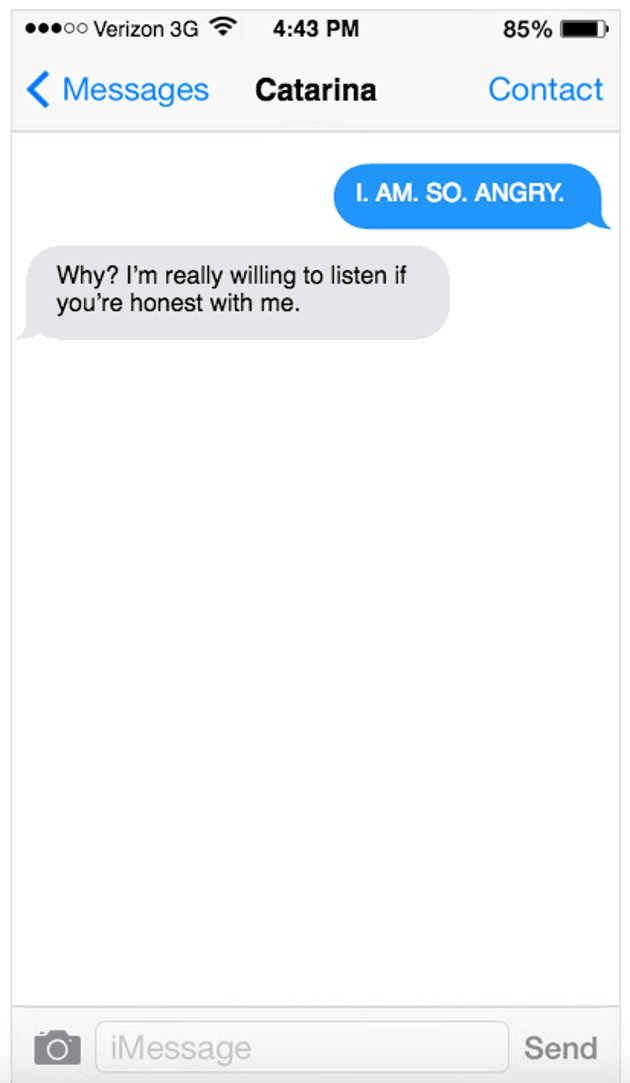 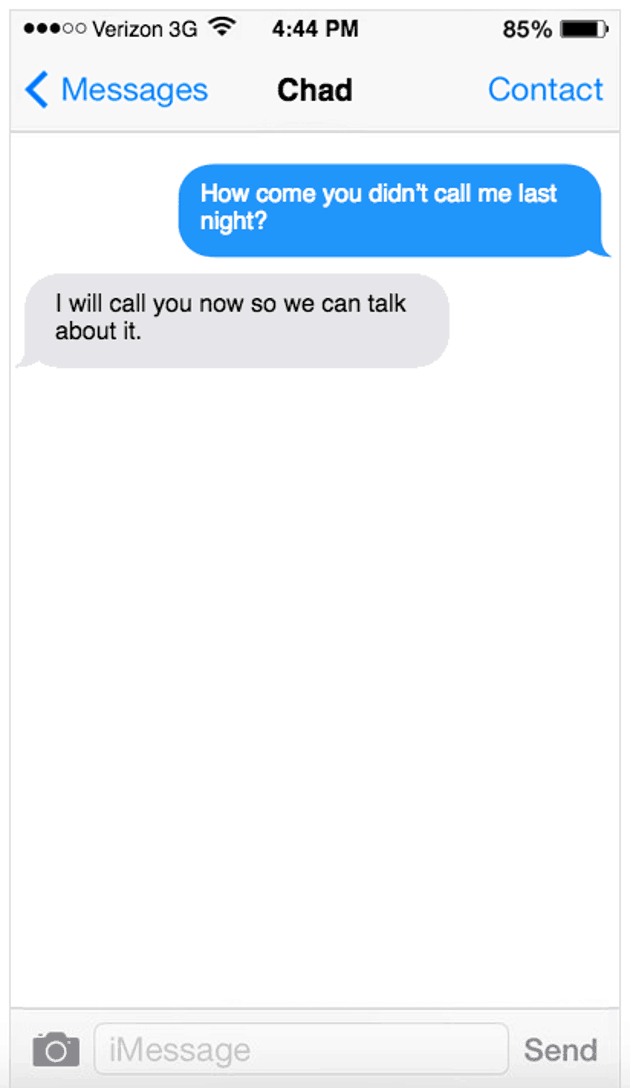 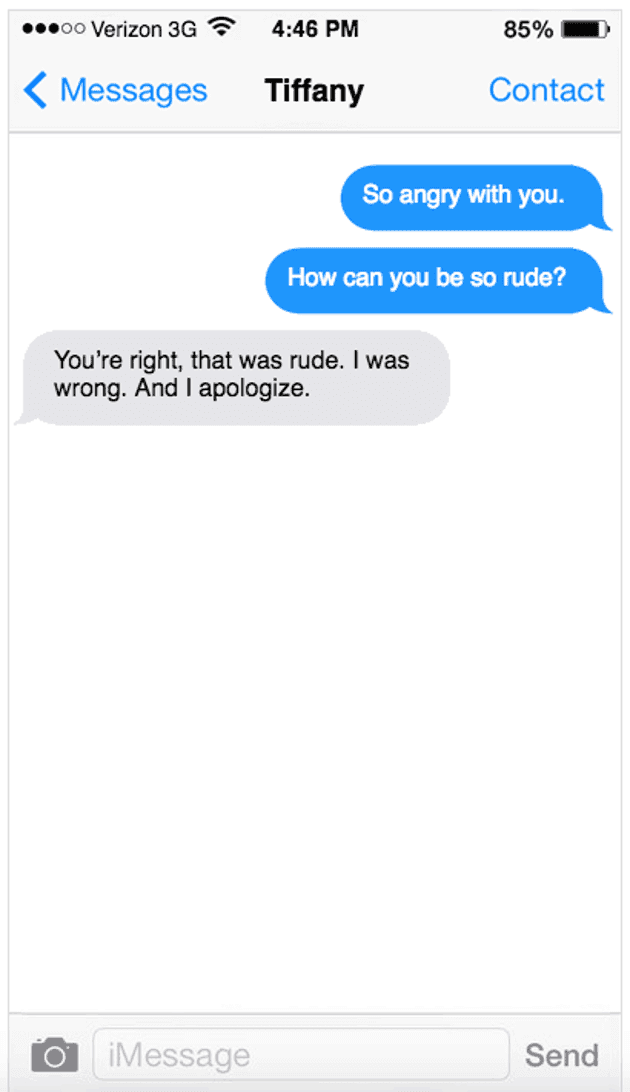 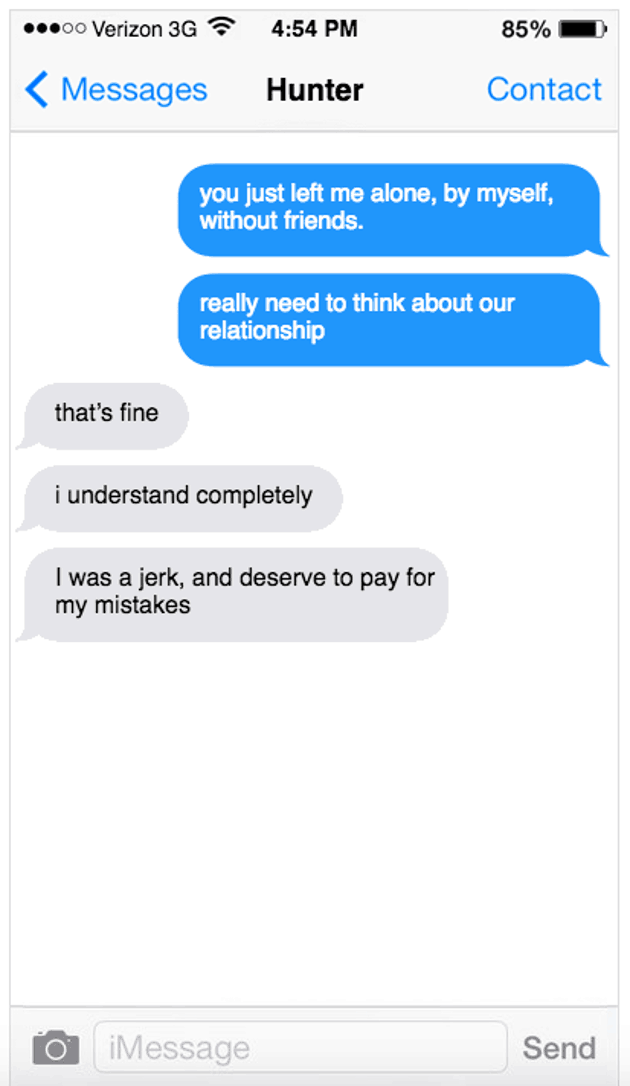 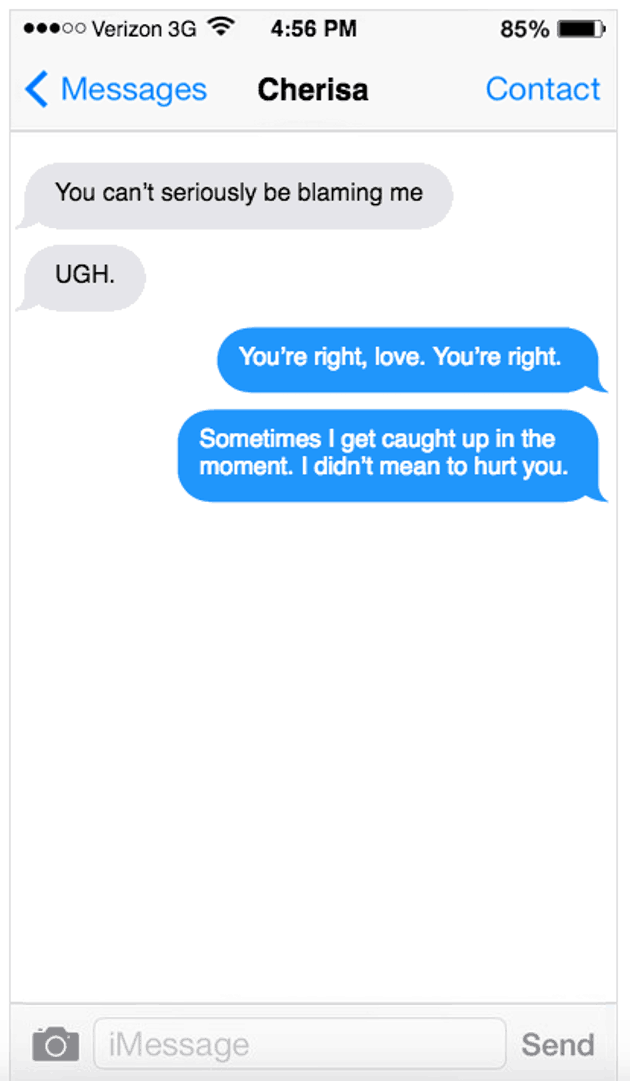 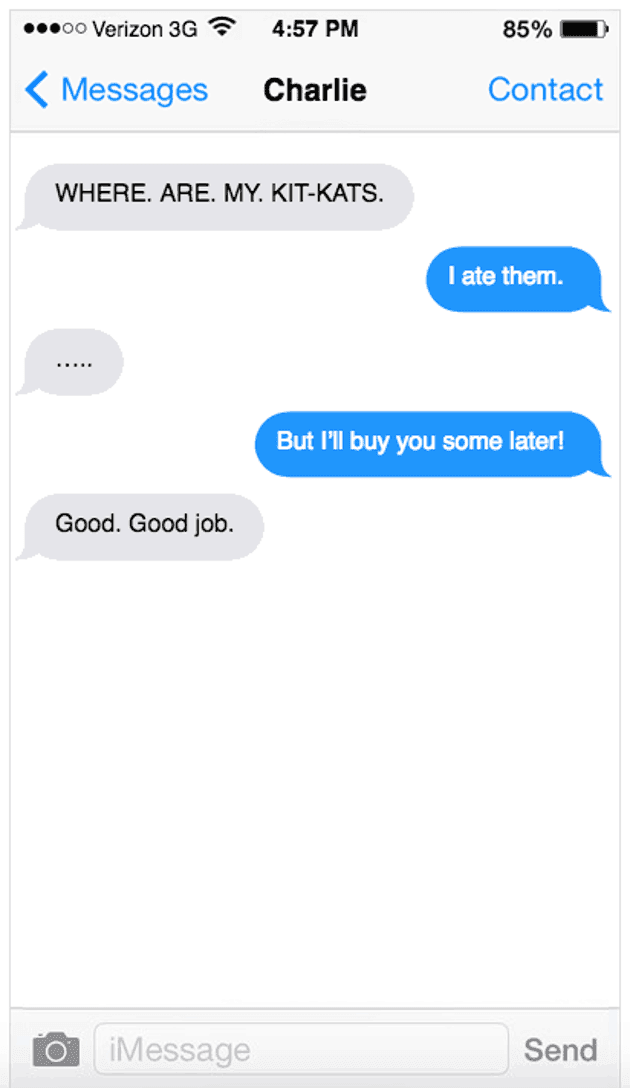 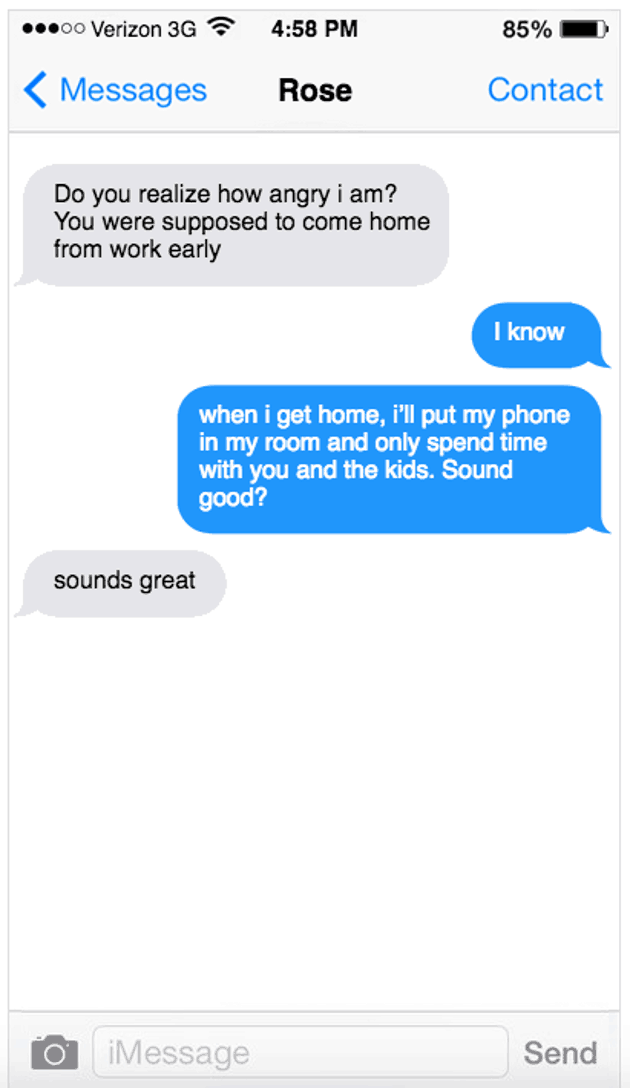 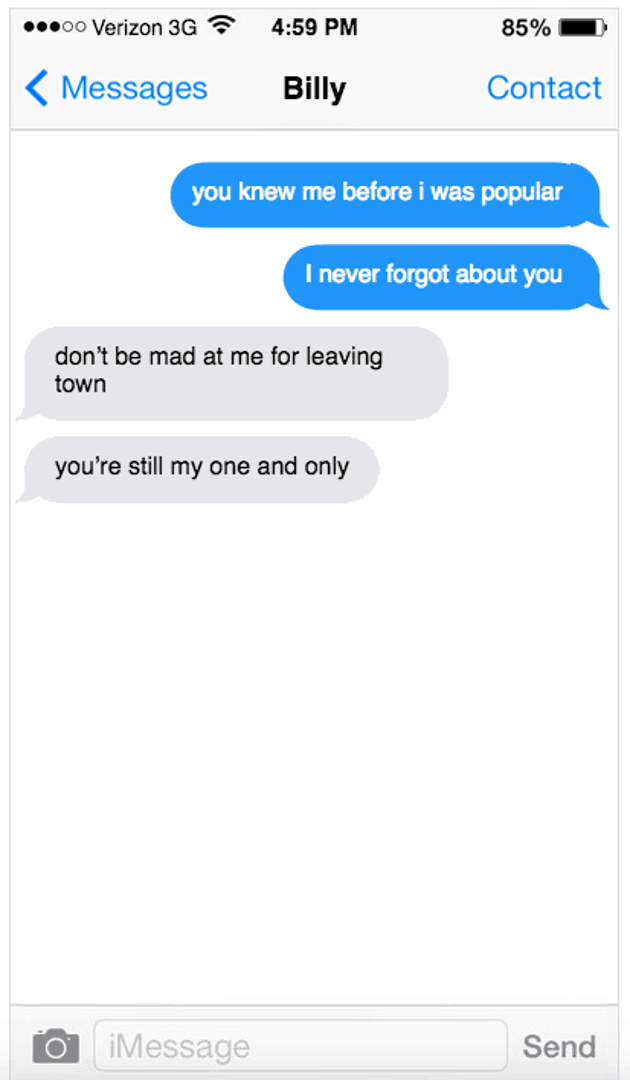 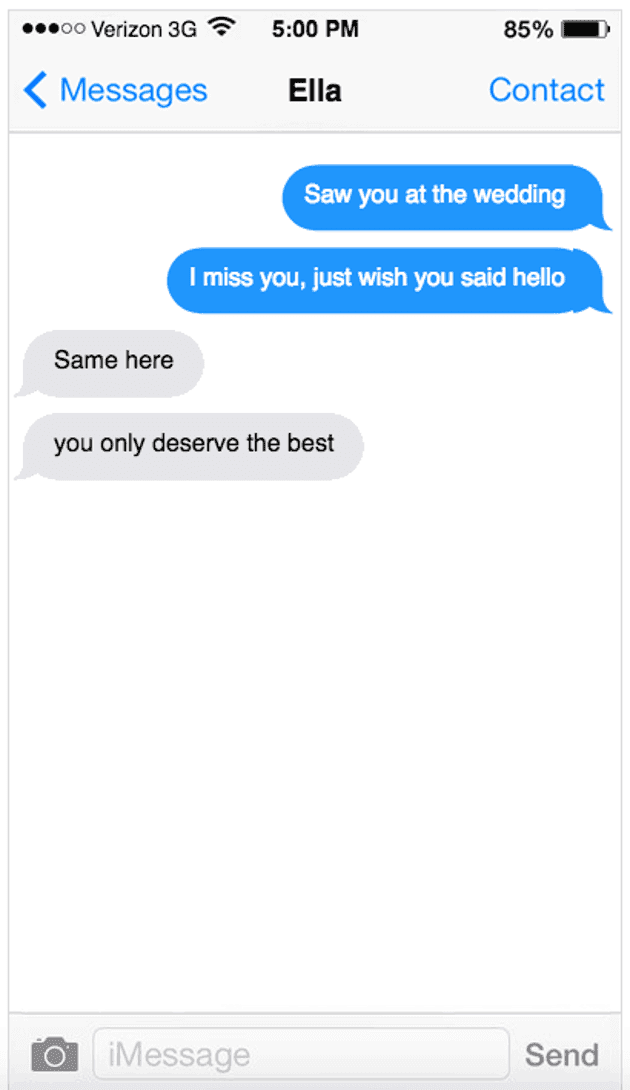 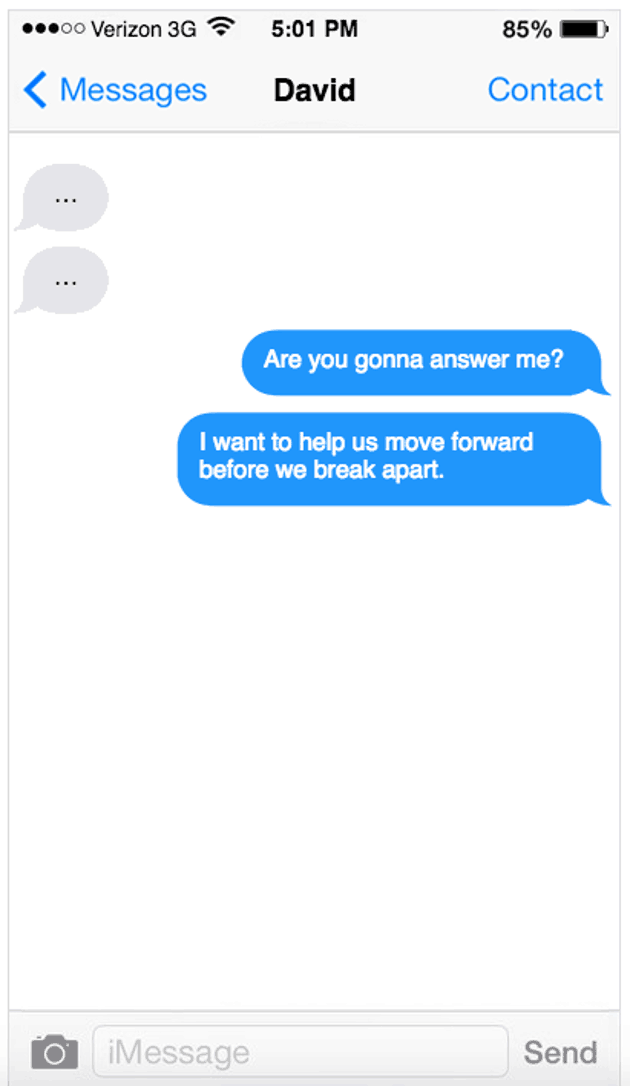 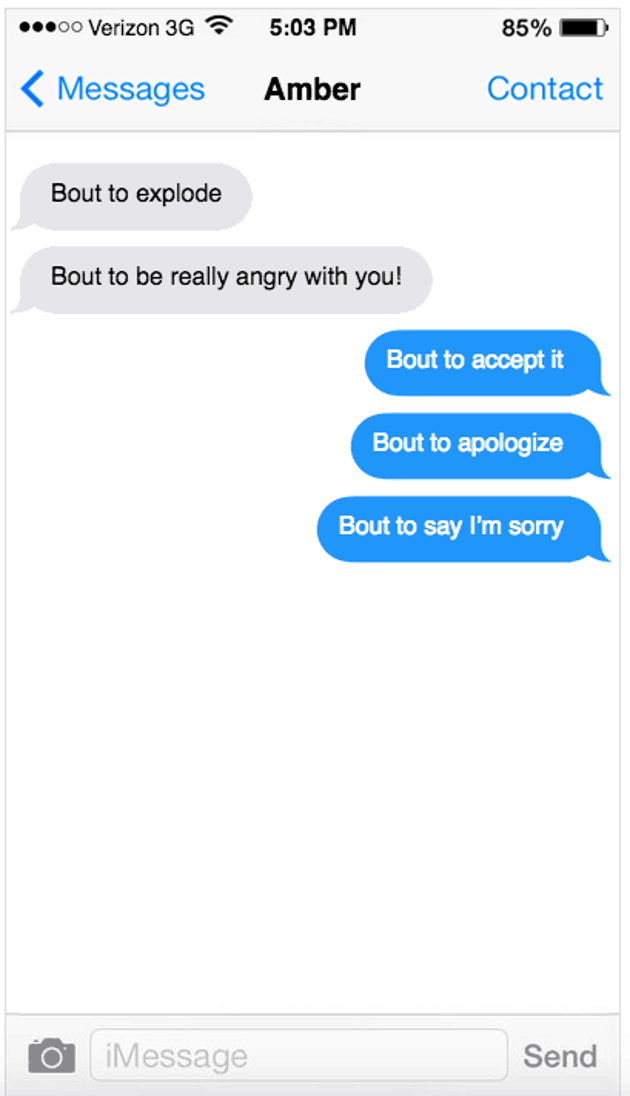 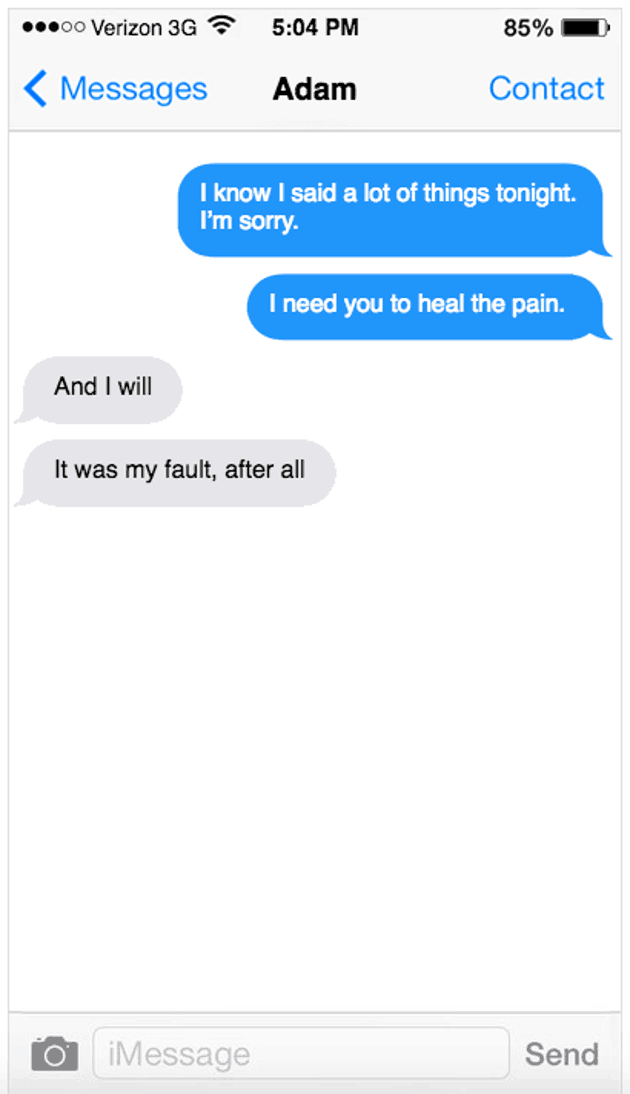 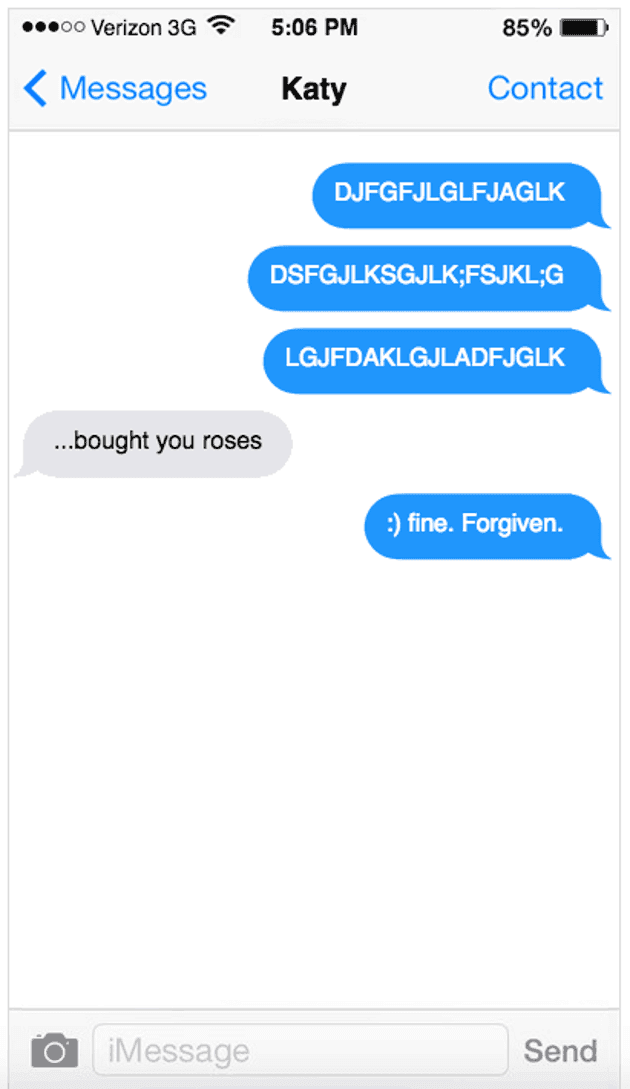 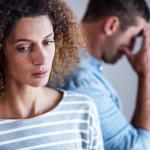