16 things dads do that melt your heart

These Things Will Make You Go All Gooey Inside.

Dads. We love them. And they don't get enough credit for what they do. They parent with selfless hearts full of love for the people in their lives. Here are 16 things that the dads in our lives do that make us go all gooey inside.

1. When he falls asleep with a baby on his belly

Nothing is as precious as that.

2. When he reads a book with all the voices

And the kids are cuddled up to him, hanging on his every word.

3. When he gets up early to cook his "famous" pancakes

Waking up on a Saturday morning to the smell of pancakes frying on the griddle because he wanted to do something special for the fam, just fills your heart with joy.

4. When he teaches his kids to play catch

Or when he teaches them anything for that matter.

5. When he gets all weepy-eyed

Maybe it's not "manly" but nothing is more beautiful than seeing a man get choked up when he talks about his kids.

6. When he dances with his daughter

It's especially cute when she's so little that she puts her feet on his.

7. When he cheerleads like the score depends on it

A guy who wears his kid's colors (even for a Little League game) and cheers like he's at the Super Bowl is the best kind of dad.

8. When he puts the kids on his shoulders

As a kid, dad's shoulders was the best place to be and not because you could see the world better, but because he was carrying you.

9. When he knows how to braid his daughter's hair

Even if it's sloppy (or maybe because it's sloppy), it's the sweetest.

10. When he meets his little son or daughter for the first time

He holds them in his big arms like he's never seen anything so wonderful.

11. When he wears a baby sling

A man wrapped in a baby sling has to be about the most beautiful thing ever.

12. When he lets his kids play on him like a jungle gym

And he lifts the kids up on his legs like they're going on a space ship.

13. When he watches "Dora the Explorer" again and again without complaining

All he wants is to cuddle up with his kiddos and do something they like to do.

Because sometimes, you've got to stack the Candyland deck up just right.

15. When he lets his little girls paint his nails

It's more important to him to make his baby girl smile than look like a fool.

16. When he gets all protective

Because he won't let anything happen to the people he loves.

If you want to see more "aw-worthy" dad moments, check out "Little Big Shots" starring Steve Harvey where you'll see everything from a daughter desperately trying to convince her dad she's not a princess to kids fessing up that their dads let them play rock gigs in a club. But most of all, you'll see some incredibly talented kids and heart-warming moments. 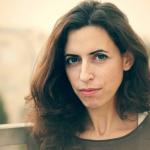 6 Things You Did as a Teen That…