17 Surprising Similarities Between Muslims and Christians

There Are Some Obvious Differences Between Muslims and Christians, But Here Are Many Surprising Similarities.

There are some well-known differences between Muslims and Christians. Muslims study the holy Quran, do not believe Jesus was divine or that He died on the cross and do not subscribe to the Trinity concept from the Council of Nicea. Christians do not recognize Muhammad (pbuh) as a prophet, do not celebrate Islamic holidays, and have different days of worship than Muslims. That said, there are at least 17 surprising similarities between the Islamic and Christian faiths.

Muslims and Christians worship only one God and believe all are children of Him.

Both religions revere the early prophets including Noah, Abraham, Moses, David, Joseph, John the Baptist and even Jesus (Peace be upon them.).

Christians are familiar with the Bible, but Muslims also believe the Bible to be holy scripture insofar as it is translated correctly and does not contradict the Quran.

Both Muslims and Christians believe that practicing their faith is good for them personally now, creates peace and harmony among people, and brings blessings in the life after mortality.

People of both faiths believe in similar rules given by God for all people and obeying them keeps humankind in a right relationship with God.

Both Muslims and most Christians believe Mary was a virgin and that Jesus was born miraculously.

Islam and Christianity both ascribe that Jesus Christ was the promised Messiah and did perform miracles.

Both Muslims and Christians believe Satan is real and evil and that he tries to make people follow him instead of God.

The two faiths believe Jesus will return from Heaven.

The belief that there will be an antichrist who appears before the end of the world and that Jesus will return and conquer him is common to both theologies.

Both religions believe a day of judgment will really happen and people will be judged for the lives they lead on Earth.

Muslims and Christians believe hell and paradise to be literal places.

Muslims and some Christians believe God connects with His people through covenants.

Family is a foundational part of both Christian and Muslim life. Both peoples believe the family has a critical impact on society.

Muslims and most Christians believe the body to be sacred and/or should be treated with respect.

Muslims and some Christians may wear sacred clothing as signs of covenants made with God.

With many different kinds of Mulsim faith practices and the variety of Christian denominations, there are many things common between these two faith groups. Let us unite together in faith, sharing covenantal cultures and protecting families in a changing world. Reaching out with kindness and understanding is a simple way to bring a little peace to the world around us. 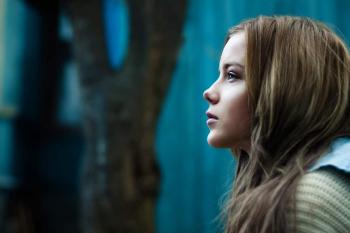 When Change Hits: 5 Ways to Cope