It's Not All Glamorous as People Think.

Marriage is full of surprises. It has its ups and downs and a lot of strange things in-between. But one things for sure, you become part of a special club once you're married and there are some things you only understand when you exchange rings with your sweetheart.

These 24 tweets attest to that.

Me: Good news. I cleaned up half the mess in the kitchen.

Me: Bad news. I made a big mess in the kitchen.

Just punished @prattprattpratt by massaging only one foot

5. Battle of the house temperature

95% of marriage is spent changing the temperature of the thermostat

They say the sound of hubby snoring should comfort me cuz it means he's alive.

Yeah, but not for long if I can't sleep. #MarriedLife

"I don't know who it is, but it's people who you know."
My husband describing a song by a band can't remember the name of. #marriedlife

8. Dishes don't do themselves!

My wife and I have this unwritten agreement...

When she cooks, I do the dishes.

When I cook, I do the dishes. #MarriedLife

9. All about that toilet paper

My husband just texted me from the bathroom and asked me to bring him "A LOT more toilet paper," so yeah, the romance ain't dead people.

When all your wife wants for Christmas is for you to clean out the garage. #marriedlife ?

11. You do strange things

When you anonymously mail a potato to your husband's work and he has no idea who sent it ??#marriedlife #keephimguessing #allthecars pic.twitter.com/JV2aJ4hcGX

12. Too tired for laundry

"Oh you're not tired? Should I bring up the laundry to fold?" -Daniel
"Mmm.. I'm suddenly very tired." -Me #MarriedLife

Marriage is basically just whispering, "Are you awake? I need to show you this cat video."

14. He still can't find anything

80% of #MarriedLife is telling my husband where to find what he's looking for.

Marriage is basically agreeing to not sleep in a comfortable position again for the rest of your life.

Sent my husband to the store with a list. An hour later he came back with tons of crap. Nothing on the list. #marriedlife

18. The last thing she wants to hear when she gets home

[runs to the door to greet wife]
I'm afraid there's been a terrible accident involving all the things you asked me to do today.

I've never done a triathlon but I did accompany my wife to Michael's, Hobby Lobby, & Joann's to find the perfect autumn table setting.

20. Still don't know what to eat for dinner

The best thing about being married is having someone who can tell you if something is disgusting or not...

If at first you don't succeed maybe your wife will just do it for you from now on like that time I loaded the dishwasher.

Me: Look, I love you, But I made exactly the amount of cheese & crackers I want to eat right now.
Wife: But I only...
Me: EXACTLY the amount

Chase this morning: Mads, sorry to wake you up but I walked by and saw you sleeping and I just had to tell you that I love you right then!? 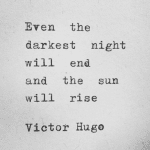 17 Inspiring Quotes to Give You Hope For…