Ever Heard of a Neural Network? It's Basically a Computer That Thinks Like a Human, and It Just Created Baby Names.

These networks are often used as tools to create human-like data through computers. Karpathy has used this tool in the past to classify selfies as either good or bad by feeding his computer 2 million selfies. Through Twitter, Karpathy allowed an actual selfie bot to identify whether a particular selfie would be appealing to Internet users.

. @Rkallencode looking at https://t.co/Gv6QkAbnFy your selfie gets a score of 56.0%. Quite good.

Toward the end of last year, Karpathy also ran an experiment that could have an impact on families. As a part of his #RandomExperimentSundays campaign, he ran more than 8,000 baby names through his neural network to find if there were any baby names that were uniquely created by his computer.

And indeed, there were.

As Karpathy posted on Google+, more than 90 percent of the names his computer created were not included in the data he submitted, which was made up of thousands of common female and male.

The result included more than 1,000 names total, some of which were more unique than others. And while Karpathy included 100 on his Google+ post, we've decided to show you 25 from the list:

In an age where there's an app for everything, a computer that can generate baby names doesn't seem too far-fetched. In fact, I've previously written about an app that allows users to swipe left or right on baby names - like Tinder.

Deciding on a baby name can be a hard process for married couples, though. Experts warn parents that they should always consider the child first when trying to pick their newborn a name.

"My No. 1 tip is to stop and pretend you're naming yourself," Laura Wattenberg, author of "The Baby Name Wizard," told WebMD. "If you're starting out in your life today, is this what you would want to represent you?"

Parents may want to gravitate toward trendy names, like names that are unique and will set their child apart from others. That's why many city names - Austin, Brooklyn and Boston - have all become popular in recent years. Parents will even look to nature or vintage baby names for inspiration, according to WebMD.

To find the right baby name, experts recommend parents share their top picks with each other, and that will give the couple options from which to choose from. It may also be a good idea to pick a name that's easy to spell, since that could free your child of issues later in life.

Whatever name parents choose, the father and mother should be in agreement of their decision.

"Names can bring up deep-seated feelings about ethnicity, self-image and gender identity," Pamela Redmond Satran, co-author of "The Baby Name Bible," told WebMD. "The ultimate goal is to try to accommodate each other's feelings and arrive at a name that addresses both of your feelings." 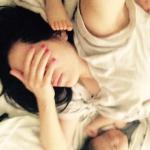