3 answers to everyday problems found in the Bible

With all the self-help books available to us today, are we ignoring the wisdom of the ancients found in the Bible? What kinds of answers to life's problems are found within its pages?

People are hungry for answers to life's problems. Self-help books are the world's best-selling genre. Wikipedia reports that self-help books are said to constitute a 2.48 billion dollar a year industry in the United States alone. With all the advice that's out there, are we ignoring the wisdom of the ancients in one of the oldest and most useful self-help books available?

Folks who aren't familiar with the Bible may think it's simply a very old record of people who lived thousands of years ago. While our knowledge, sophistication and technology have grown exponentially since biblical times, the human condition has not really changed all that much. People still struggle with the same problems in their personal lives, marriages and families. Here are 3 examples of answers to everyday problems that can be found in the Bible.

What to do when we have to try something new

It's generally difficult to be new at anything, mostly because we're still trying to figure out what to do next. Whether it's taking on a new job, assuming a new leadership position, or becoming a new mother, it's difficult to follow those who went before us, who already know how to do what we are still learning. Trying new things can cause feelings of inadequacy, sometimes not helped by those who compare us to others, and who might also think someone else could do a better job than we can. That says more about their fear of change, than it does about our abilities.

Elijah was an honored prophet in the Old Testament, but he eventually had to be succeeded by someone. That man's name was Elias. Elias was very nervous about taking over from Elijah and becoming a new leader. And Elijah's followers didn't help the situation, when, even after Elias told them Elijah was gone, they insisted on going out into the desert for days to search for him. Their actions made Elias feel inadequate. But he persisted, learned his new role as prophet, and was eventually accepted as Elijah's successor. We learn from the Bible to be patient and persistent in the face of change.

Becoming attracted to someone outside of marriage has become a growing problem with the advent of so much social media. It is ridiculously easy to carry on convert emotional relationships with people other than our spouses. Or maybe we meet someone at work, and convince ourselves that we're just friends and it won't go beyond that. Except that it usually does, often destroying both homes and careers.

The biblical story of Joseph of Egypt provides us with direction on this issue. After his brothers sold him into Egypt, Joseph was then sold to Potiphar as a household slave. In spite of these setbacks, Joseph eventually became the head of Potiphar's household. But Potiphar's wife became attracted to Joseph and tried to seduce him. Joseph did not wait around to see what would happen next, give in, or think he could handle a little temptation just this once. Instead, he shrugged out of his coat, leaving it behind him in the hands of Potiphar's wife. We learn from Joseph's story to run, not walk, to the nearest exit when we find ourselves attracted to someone outside of marriage.

What to do when we struggle with perfection

Kathleen (name changed) works daily to keep the perfect house, have the perfect marriage and raise the perfect children. In the meantime, she is driving her husband, children, and even herself, crazy. At the end of every day, she is exhausted and unhappy. She never feels like she is enough for anyone.

These 3 examples of life lessons that can be learned from the Bible are just the tip of the iceberg. Don't ignore the wisdom of the ancients, and thus forego the guidance of God, when looking for answers to life's everyday problems. 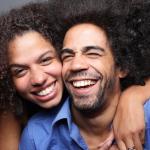 15 Secrets For a Happy Marriage