3 children are orphaned as both their parents die from cancer only days apart; but the world gives a controversial reaction

How will you respond?

Luke Bennett, age 21, was studying at Liverpool Theatre School when he had to return home. He and his 18-year-old sister Hannah and their 13-year-old brother Oliver knew they didn't have too much time left with their parents.

Parents Mike and Julie, were both diagnosed with terminal cancer according to The Times. Mike was on bedrest when his wife was sent to the hospital. The couple held hands as they laid on their beds and a picture was taken. It was the last picture the couple would take together.

We moan too much and don't appreciate what we have, I've just seen this in the paper, Mike and his wife Julie Bennett...

Their father, Mike, died on Feb. 6 and his wife died five days later on Feb. 11

Hi all. This post is just to give information about the funeral. Mum and Dad are having a joint funeral this next...

"Everything happened so quickly," Luke told The Times. "Dad was bed bound and not really able to do anything and then Mum went into hospital. They were both in the hospice and Dad just went the night they got there. Obviously we cried but there was not time to dwell on it because the priority was to be strong around Mum."

Luke had to take on a lot of responsibility, including the care of his little brother and the schooling expenses for himself and his two siblings. On top of planning the joint funeral of his parents, the three siblings also had to find a way to pay the mortgage payment of their childhood home, according to The Times.

Many friends promised to help, but one family friend ensured the children's financial security.

Many donations came from around the world, including America, the United Kingdom, Italy, Germany and Japan. Many donors expressed how the Bennett children's story touched their heart. They encouraged the children to stick together and go after their dreams.

Other people had different kind of reaction to the children's situation

"I am so sad for your loss and wish you well in the future but your adults now, well two of you are and death is part of life for us all," Alexander Macdonald said in a comment on the JustGiving account.

Many people asked Macdonald to remove his comment, considering it heartless, but his comment wasn't the only one that people considered rude.

Jon Scales wrote "Poeople [sic] die every day, yet this is the generation where deaths are seen as a way to milk the general public for cash. It is utterly shameful. Have some dignity instead of using this as a way to make money of strangers."

Some comments surprised and somewhat saddened the children

"There have been comments that we are taking advantage of our situation and that we should have kept everything private," Luke said. "I am not going to try to remember the wording, there were some very unpleasant things.

"With so much media attention and money involved, and it constantly getting bigger and bigger, it can feel like it almost takes the focus away from what's important - the loss of Mum and Dad and how we're going to move on as a family."

Moving on as a family is exactly what they are try to do. According to The Times, Luke returned to Liverpool Theatre School and Hannah to her lessons at Shelagh Elliott-Clarke performing arts college. Hannah is preparing to represent Team England at the Dance World Cup. Oliver continues to go to school and mountain bike.

They do this in memory of their parents

"As we all prepare to move on with our lives, we know that they will always remain with us in our hearts, forever there to encourage us to eat our vegetables, climb on top of dangerous piles of rubble, and follow our dreams," Luke told mourners at his parent's funeral, "For them, we always will." 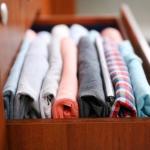 How to Minimalize Your Life to Reduce Stress