3 Effects Divorce Has on a Child

Children Often Suffer Devastating Consequences of Divorce. if You Are a Divorced Parent, Learn What You Can Do to Avoid Hurting Your Child.

I am a child of divorce. As a kid, I struggled internally with the divorce for one reason - I was no longer going to see my father every day. But, young as I was, I understood my mother and father were better at being friends, and my parents managed to give me and my sister a wonderful childhood. I hold no resentment. However, not all children understand and deal with divorce very well.

Children do not always understand why divorce is sometimes necessary. There are many children who grow angry at one or both parents, or they blame themselves for the divorce. Sadly, many children of divorced homes suffer. They may not show it, but, inside, they are in turmoil. As these children grow older, their unresolved pain interferes with relationships and other life decisions.

Here are three effects divorce has on a child:

In a child's mind, he is responsible for mommy and daddy breaking up. He begins to ask if he did or said something that caused friction between his parents. Though this is not the truth, the child still lives with that sense of responsibility for as long as he lives - unless he speaks to a professional. Sometimes, speaking to a professional therapist can help ease a child's pain by bringing out hidden feelings.

Some divorces do not end amicably. Unfortunately, there are times when one parent might choose to "bad-mouth" the other parent in front of their child. This creates an internal battle within the child. He loves both parents, so whose side does he choose? For example, a mother might express horrible things about her ex-husband because she is basing her claims on how her ex treated her as a woman, but let's say the man was a wonderful father. Is it fair to say he was a horrible man? A child can easily become troubled hearing "how horrible dad was" when he knows how great dad was to him. Moreover, if the child chooses to sympathize with his father, he might fear hurting his mother's feelings or betraying her trust. No child should feel forced to choose between two parents. Let children make their own assessments.

Though I come from a divorced home, I never feared commitment, but I know of someone who did. This man honestly believed that, if he married, he would invariably divorce somewhere down the line. He even took this fear a step further by refusing to have children of his own. No one around him understood why he feared commitment so much. Some children of divorce choose to hide their innermost feelings. They run the risk of living in fear or doubt for the rest of their lives. Many would rather live the single life, dating without commitment in order to avoid being hurt or being responsible for hurting someone else. Try to assure your child that divorce doesn't happen to everybody.

Husbands and wives are not the only victims of divorce - so are the children. It's important to care for a child's feelings during the divorce process. Depending on the child's age, talk to him with sincerity. Be open. Be honest. Try not to speak negatively about your ex, and be mindful of things that might be causing your child pain. 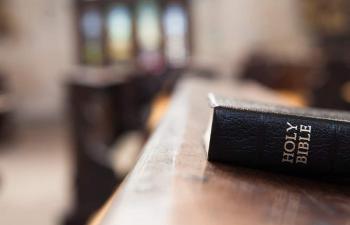 The Truth About How Organized Religion Affects Families