Historically, daydreaming has been considered a waste of time, but here are three excellent reasons why you should encourage your children to daydream.

Daydreaming has been called many things. Mind wandering, having your head in the clouds, and simply not paying attention are a few. My preferred definition for daydreaming is developing imagination.

According to Dr. Scott Barry Kaufman, adjunct associate professor of psychology at New York University, "As much as 50% of daily cognition is spent on spontaneous cognition - basically daydreaming or mind wandering."

When we let our mind wander, we tend to drift to similar topics related to unfinished business, goals that we want to accomplish or regret not completing, relationships that wait for repairing or relationships waiting for development. How we accomplish goals is directly affected by the amount of daydreaming we allow and practice. If your goal is to have a child that is happy, successful and has great relationships in their world, then you need to encourage daydreaming and developing imagination. The stronger the imagination is, the stronger the sense of creativity and productivity are and the more easily it is to relate to others.

Children need to practice and be encouraged to daydream. As the brain develops from infancy, the neuropathways and synapses are abundant. Infants are born with infinite possibilities. As they grow, the unused pathways are "pruned" and the repeated pathways are strengthened like a frequented hiking trail in the mountains. As the path is not used it becomes more difficult to find.

As creativity and imagination are practiced, the mind is opened to consider the possibilities, be positive, hopeful and wishful. All of these are ingredients of success.

Daydreaming turns thoughts inward to have a better understanding of self and how we relate to the world. It is a form of inward reflection and creation. Studies show a common habit of highly successful people is that they take time to reflect on their goals and are more apt to see a negative situation as an opportunity. In other words, they spend time daydreaming.

Imagination is the building block of intellectual and creative brain development. There is a reason playing comes so naturally to children. It is because that is how the brain naturally develops and grows.

Einstein described the way his scientific thought process worked as though he would take an image in his mind and imagine, play around with it. He would look at it from different angles and manipulate it, breaking apart and combining parts. He let his mind wander around the idea.

In order to think creatively, mathematically, scientifically, artistically, there must be an ability to look at an idea from many angles and manipulate the idea.

Inspiration only comes from letting your mind wander. It never comes from just doing what you are told precisely right.

Albert Einstein also said, "I am enough of an artist to draw freely upon my imagination. Imagination is more important than knowledge. Knowledge is limited. Imagination encircles the world."

Google is one company that has latched onto this idea. They allow their employees 20 percent of their time to work on any project they desire to with the belief that this will capture the wandering mind and place the attention in a positive, productive place. This is referred to as positive constructive daydreaming.

Ability to relate to others and imagine being in their shoes

Most people won't have to think very long to come up with an example of someone's inability to understand them, or a challenging relationship that would be much easier if someone could imagine being in someone else's shoes. Understanding others takes imagination. Trying to see something from another person's point of view takes practice.

Empathy is one of the top competencies for leadership. Managers with higher levels and ability to empathize with their employees are more successful.

How to encourage imagination

Ideas occur when the brain is in a relaxed state. Many people talk about getting their ideas in the middle of the night or while taking a shower. Provide time for relaxation. Mindfulness and meditation have shown many benefits. Watching a movie or reading a book can have similar effects. Read with your children. Schedule some official downtime where there are no electronic devices allowed for an hour. Experience nature through a walk, blowing bubbles outside, or drawing with sidewalk chalk. Write something. Decorate something. Dance.

When you are waiting in line with your young one ask them to, "Tell me about that" so they can explore their ability to describe their world and their understanding. This is a way to demonstrate imagination. Another good game to play is "How Many Uses" where you offer an object, perhaps a paper clip or paper bag. Any object will do. Then you see how many different ways that object could be used. For example, a book could be used to read, or as a building block, a sun shade, or a very heavy fan on a hot day.

Benefits of Daydreaming Are Endless

This article discusses three reasons daydreaming should be encouraged. If you need more convincing consider a few more benefits of developing imagination. Daydreaming increases self-esteem, contributes to developing positive relationships, and improves mental health. Strong imagination skills increase the level of engagement in learning and proper expression of emotions, language development skills, and memory and recall abilities. Imagination plays a role in defining personalities and personal characteristics. We are defined by what we let our mind wander to.

Without the ability to daydream there is no personal meaning of our environment. The capacity for personal reflection, including identity development and goal attainment, are decreased. It would limit attention.

Lydia Taggart is a mother of 6 who spends most of her time in West Valley. Contact her at
nextarticle 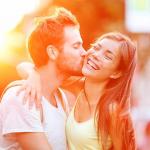