3 good reasons your kids need to learn the word ‘no’

One of the Best Ways to Show Your Kids You Love Them is by Saying "No."

It's not easy to say "no" to your kids. For many, fears start bubbling up as soon as they ask for something. If you say "no," you might feel like you're a bad parent, or that they won't love you and will always resent your authority. Or it could be that you're just tired of dealing with what happens when you say "no," as if the word alone is a catalyst for a volcanic meltdown.

But as a parent, it's your responsibility to help your children develop at a time when they need it - and you - the most. Here are three reasons your children need to understand the meaning of the word "no."

They're not equipped to make reasonable decisions

If you were to ask any 3-year-old out there what he or she would like to eat for every meal, ice cream and macaroni and cheese would probably be at the top of the list - never mind the obvious health risks we know that would impose. But that's the thing: Your kids aren't flipping out when you say "no" because they think you're the meanest mom in the world — they simply can't comprehend it. Even as your kids are in their teenage years, their brains still aren't developed enough to balance risks and rewards. It is your responsibility to guide them and to help them condition their brains to expect to hear "no" sometimes. As they become older and they continue to develop mentally, they'll begin to understand the value in it.

You'll save your future

If your children are conditioned to expect a constant stream of "yes" when they are young, don't be surprised if they continue to expect that answer for the rest of their lives. The problem is that when they're older, the toys get more expensive and the needs can be endless. Thus the Bank of Mom and Dad opens its doors, and it only gets harder to close them again.

Not only does this further hinder your kids from becoming self-reliant, but it can take a major financial toll on your own future. At worst, it could put you in a situation where you need to turn to your kids for support, but they're ill-equipped to give it to you.

It may seem highly unlikely right now, but one day your kids will thank you for appropriately teaching them the word "no."

If you've always given your son everything he wants, he starts to believe that it's because he inherently deserves it.

Teaching them "no" will not only help them to make better decisions, but it will also help them develop gratitude for what they have.

For example, when he's older, he'll be grateful to have a job and will work hard to get where he wants to be, rather than simply expecting his employer to give him a free ticket. In his marriage, he'll respect the needs of his wife, rather than constantly putting his own first. Both of these scenarios contribute to a fuller life where his expectations are better managed and he is able to contribute to his own happiness rather than waiting for others to do so.

As an adult and a loving parent, the duty is on you to appropriately determine when to say "yes" and when to say "no" to your children. While there is no handbook on which is appropriate in every given situation, you know your children better than anyone else - including themselves. By teaching your kids to accept "no" as an answer, one day they'll understand just how much love it took. 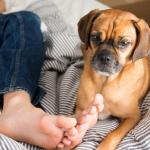 How to Get Rid of These 10 Smelliest…