Children Learn by Example, Even When We Don't Want Them To. if You Are Attempting to Teach Your Children Specific Rules in Your Home, It's Important to Begin With a Plan, Detail Your Approach, and Know the Pitfalls to Avoid.here Are the Three Most

Children learn by example, even when we don't want them to. If you are attempting to teach your children specific rules in your home, it's important to begin with a plan, detail your approach, and know the pitfalls to avoid.

Here are the three most important things to avoid when teaching your children rules or behaviors:

Forcing your child or giving them orders to do something might seem the easiest way to get them to learn a new rule or expectation. But this can backfire causing many more problems long term. Using orders teaches your children to make a choice based on fear or repercussions. It does not teach them the true purpose behind the rule or choice. Using these tactics can backfire.

The child may rebel or resist the order

. Threats, force and orders can add fear to your child's learning.

If a child follows a rule simply because of a threat or fear of forceful punishment it does not enforce the rule, only the fear of what will happen if they don't do exactly as they are told.

Bribes and treats may seem like a good idea and a way to reinforce a desired behavior. In reality, bribes are simply another way of forcing a task to be done or a rule to be followed.

The child will complete the task or follow the rule temporarily in order to receive the treat or reward. They are not learning that obedience to the rule has its own reward. Teaching a child to follow a rule simply for the satisfaction of a job well done will reward them over and over in the future as they make positive choices.

A bribe only lasts for the short term

Negative reinforcement is when you focus repeatedly on when a child fails to follow a rule. It is this focus that makes a child constantly worry about what will happen if they don't complete a task or follow a rule.

, focus on the positive choices your child is making and only use gentle reminders for them when you are trying to refocus their attention on the rule.

It is important to teach your child rules and the etiquette of proper conduct. It is also very important to remember that, as a parent, you are a guide and not an enforcer. You will achieve longer lasting results if you remember to avoid force, bribes and negative reinforcement. Remember, instead, to teach by example with positive reinforcement and love. 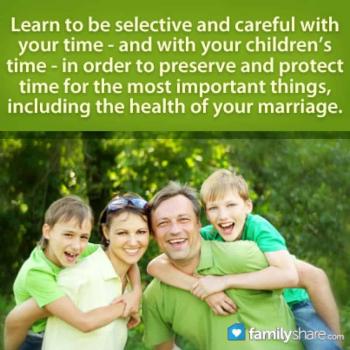