3 Parenting Styles All Parents Should Avoid

There's Nothing Easy About Childrearing, and Every Parent is Terrified of Making Mistakes. a Few Parenting Styles Can Be Especially Damaging. Here's What to Look Out For and How to Avoid Some of the Worst Mistakes.

Parents want their children to grow up happy, healthy and perfect. There's nothing wrong with that, of course, unless it means putting unfair expectations on children or not holding them accountable for their actions. And while all parents try their best to make sure their children have good childhoods, aren't overindulged and have appropriate amounts of discipline and rewards, no one is perfect. Parents will make mistakes (I know, I have) and they'll learn how to be better as time goes by. (Ever notice how differently parents tend to raise youngest children as opposed to oldest children?) Here are three of the most problematic parenting styles that are popular today and suggestions for how to avoid them.

According to a research study published by Psychology Today, "Researchers find, the inappropriate, anxiety-driven parenting tactics not only compromise children's autonomy, mastery, and personal growth, they often reflect a critical attitude by parents, who praise their children when they do well but withdraw affection, subtly or overtly, when they don't bring home that A."

Of course we don't want our kids to ever be hurt, emotionally or physically, but that's not the world we live in. And, in reality, hovering over our kids, protecting them from everything that might possibly have a sharp point or say a mean word will not allow them the chance to change, learn and grow. Slivers and scraped knees happen, other kids will not share, teachers might be unfair and we need to learn to let some of these things happen. Only then will our children learn how to stand up for themselves and deal with the pain and disappointment that is inevitable in life.

Psychologist Michael Ungar, head of the Resilience Research Center at Dalhousie University said, "The point of parenting should be to grow a child who is capable of taking on adult tasks... . It is always better to empower children to make good choices for themselves rather than having them remain dependent on parents to sort out problems for them."

Another problem parents struggle with is the idea that their children are perfect little angels who represent the pinnacle of existence. Worshipful parents put their kids on a pedestal where they admire them and boast about them, get them anything they want and never believe there could be anything wrong with them. Such parents tend to ignore reports of bullying or rudeness. A failing grade must be the fault of the teacher rather than the student and a successful grade is only to be expected.

Education.com lists several reasons for childhood bullying, including, "Overly-permissive parenting (including a lack of limits for children's behavior)," and, "a lack of supervision by parents." Parents who fail to address a child's negative behavior only add to the immense problem of bullying in schools. When children feel a lack of consequences for their actions when they're young, they feel less inhibition for breaking rules as they get older.

The Daily Mail, a UK newspaper, published an article addressing "pushover parents" and "pampered kids." Reporter Judith Woods noted, "A combination of indulgent parents and ever more demanding children is producing a generation of ill-mannered brats. And we are storing up major problems for the future if we don't change our approach to parenting."

While it's tempting to see nothing but the good in our kids, we must be open to seeing their character faults as well. Only then can we help guide and direct them to develop those traits that will help them succeed as teenagers and adults. Spoiling our kids will have the same effect. They'll expect life to be just as easy and the rude awakening they'll be in for will negate any benefit you gave them in the short term.

This approach doesn't refer to the parents who push their kids to succeed at a certain sport or instrument or other talent. Rather, it refers to the parents themselves who compete with other parents. For instance, say you know that Michael's dad is an engineer. When science fair day comes, Michael's science project outshines every other project there, and you know it's because his father helped him. In retaliation, you push your child even harder to succeed at the next fair or competition, not because you want them to win, but because you want to win.

The Washington Post reported, "Competitive childrearing might be the most popular sport in some parts of America, particularly affluent ones." However, "The best outcome for your kids - best, with no meaningful challengers - is for them to find a place in life that feels right to them based on their skills, their temperaments and their passions."

Try to let go of your aspirations, your goals or your dreams. Yes, it's good to want something more for your child's future, but it isn't right to live vicariously through them. Let them pursue their own interests and allow them to find happiness their own way.

There's no perfect parenting approach as all parents and children are different. The best you can hope is that you'll find a combination of styles that fit your circumstance. Combine your love for your kids with a desire for them to succeed with an anxiety for their welfare. You'll still make mistakes and your kids will fail and get hurt, but it will all work out in the end. 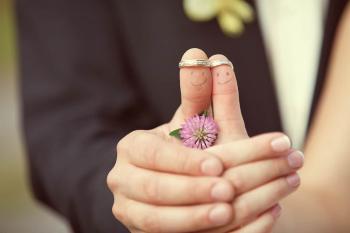 Why My Husband Never Sleeps on the Couch…