3 success secrets I learned from my dad

Here are three pieces of common-sense advice that anyone can follow.

Editor's note: This article was previously published in the Gwinnett Daily Post. It has been republished here with permission.

We've all heard the old saying, "Aim for the sun and land among the stars." That analogy might not be astronomically accurate, but most of us get the gist: strive for excellence and, even if you don't quite get there, you will still have succeeded.

Obviously, in my quest for the sun, I landed somewhere among the stars. But that's OK. It's been a heckuva flight. I've gotten to do pretty much what I wanted to do in life, and that has given me a great deal of satisfaction.

Any modest success I've had, though, I owe to three things my dad taught me:

Start where you are

The "secret" to getting started on any endeavor is to start. Quit making excuses or waiting for just the right time. With apologies to Nike, just do it.

I remember a conversation I once had with a friend who wanted to be a medical doctor but was afraid to take the plunge. "I'm 35 years old," he told me. "If I start medical school right now, it will probably take me 10 years to become a practicing physician. By then I'll be 45."

"True," I said. "But if you don't start medical school right now, in 10 years you'll be 45 anyway and you still won't be a doctor." He went to medical school.

Use what you have

My middle son always dreamed of being a high school basketball star and he used to bug me all the time to take him to the gym. I did whenever I could, but I'm a busy guy, and gym time is hard to come by. Then I noticed that if he wasn't at the gym, he wasn't doing anything.

"Son," I told him, "you've got everything you need to become a better player. You've got a ball. You've got a decent goal and a relatively flat driveway. You've got a quiet suburban street for running wind sprints. Quit worrying about what you don't have and start using what you do have."

He took my advice and went on to become team captain and leading scorer his senior year and made the county all-star team.

Do what you can

I always wanted to be a writer. But, I went many years without writing anything. Then I realized, in my late 30s, that if I was ever going to write I'd better get started.

At the time, I had a very demanding job and four young children. But I mapped out a book, resolved to set aside one hour a day, and started writing. I was amazed at how fast the pages piled up - and that manuscript eventually became "Family Man: The Art of Surviving Domestic Tranquility," which is doing pretty well, thank you.

I'm grateful to my dad for teaching me those simple principles of success. And the best thing is, they'll work for anyone - anytime, anyplace. 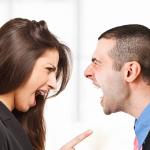 20 Ways to Avoid Unnecessary Fights With Your…