3 things Trump has promised the families of America as president

Donald Trump Has Officially Been Sworn in as President. Here's What That Means For You.

To say this has been a controversial election is an understatement. As Donald Trump takes office as President of the United States, many Americans are excited for this 'rebirth' of the nation as he promises to "Make America Great Again," while others are actively protesting his presidential position. Whether you're elated or despairing about the new president, these are the top three things Trump has promised America in his new position:

In an effort to put this promise into play before his swearing in, Trump was frugal with his transition into presidency. Vice President Mike Pence said the transition was on schedule and under budget according to the president's expectations.

"We will actually return some 20 percent of taxpayer funding back to the U.S. treasury," Pence said.

That money is what some hope will be a sign of what the new president accomplishes in this term as he attempts to improve national debt and cut citizen taxes.

Since promising to better the economy by providing Americans with jobs, Trump has already begun delivering on his campaign to negotiate with companies to provide more jobs in America.

Trump has branded himself as the man who can "make America great again." Whether he really can is yet to be seen. At his inaugural concert on the Lincoln Memorial steps, he said he is going to unify the country.

"We're going to make America great for all of our people, everybody throughout our country."

In his inaugural address, he promised "the forgotten men and women of our country will be forgotten no longer." Forgotten American families are watching history being made as the new president will now try and fulfill all that he has promised for better or for worse. 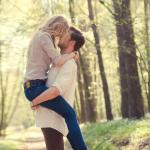