Don't Let This Happen to Your Child.

You're given a lot of responsibility when you become a parent. Among other things, your role is to do everything in your power to keep your children safe and out of harm's way. Every parent strives to live up to this expectation, but sometimes lack of knowledge gets in the way.

Christine Miller from Colorado Springs is raising awareness for the common cause of death that took her three-year-old son, and what she has to say might surprise you.

How the tragedy happened

In a heartbreaking post, the mother says, "12 years ago today was the last time I saw this beautiful smile, kissed his sweet face or felt his little arms wrap around my neck."

She goes on to state what took her child's life. "Had I just known about the dangers of booster seats for toddlers, had somebody warned me, I would have put him in a 5-point harness car seat ... and that simple difference would have changed everything."

Miller says, "I wouldn't have to imagine what my son would be like now, I would be able to hug him and tell him I love him and watch him grow into a man. But I lost all of that because of ONE mistake."

12 years ago today was the last time I saw this beautiful smile, kissed his sweet face or felt his little arms wrap...

Kyle Miller's heartbreaking story is told in a YouTube video that helps raise awareness of car seat danger. 12 years ago, Kyle was buckled into his booster seat when an impaired driver ran a red light and hit their minivan. "Kyle was thrown from the van and was killed on impact." The booster seat wasn't enough to save this toddler.

The eye-opening video goes on to state how "a young child's hips are not developed enough to withstand the crash forces a seatbelt places on their abdomen." In fact, research has shown that you shouldn't even let your child sit in a forward-facing car seat until they're at least two years old.

As of Jan. 1, 2017, California is enforcing a new law that will help prevent more fatalities in the future. "Children under two years of age shall ride in a rear-facing car seat unless the child weighs 40 or more pounds OR is 40 or more inches tall."

According to NPR, improper car seat usage is a huge problem for small children. Although the number of children involved in fatal car crashes varies from state to state, "Across all states, 43 percent of children who died were improperly restrained or not restrained at all."

We're turning Bella back to rear facing at 3 1/2 years old in a Nuna Rava! I lost my oldest son in a car accident when...

Spread the word to save a life

She says, "Why are we not talking about this?! Why are there no awareness campaigns? We try to protect our kids from everything from pesticides, GMOs, sharp furniture corners and cancer, but then [we] buckle them into unsafe car seats."

Stop worrying about what might happen if your kid eats a non-organic granola bar and instead make sure you're using their car seat properly.

If you see someone using a car seat incorrectly, tell them. Don't let them figure it out the hard way, even if it might seem awkward or uncomfortable to tell a parent they're doing something wrong. It could literally save their child's life. 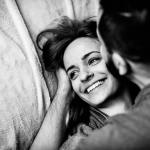 Couples Whose Love Lasts Forever Agree on These…