You and Your Marriage Partner Do a Lot Together. But Are There Things You Should Be Doing That You Aren't?

It's not always easy being married.

According to a recent research report, 123.6 million people in the United States are married. Sure, the number of singles in the nation is overtaking the number of married couples, but there's still plenty of husbands and wives out there roaming throughout the country.

Married couples spend a lot of their time working through their relationships, attending different activities and just living life together as a whole.

But are there things that married couples should be doing but they aren't?

For women, happiness is the most important indicator of a happy marriage, according to Deseret News National. Experts say that when a woman is happy in her marriage, she's more likely to go out of the way to do something nice for her husband and bring him positivity.

And having a happy marriage is important for both husbands and wives. "For both spouses, being in a better-rated marriage was linked to greater life satisfaction and happiness," said Deborah Carr, professor at Rutgers University, in a statement. 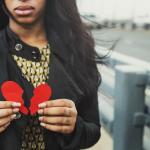