4 movies with great messages for your family

Looking for a movie with a good message for and about families that the whole family will enjoy? Here are four that you should check out.

Looking for a movie with a good message for and about families that the whole family will enjoy? Here are four that you should check out.

In Disney Pixar's "Monsters University," Mike Wazowski (voiced by Billy Crystal) is a bookish, unimposing monster who has a deep desire to be the best scarer of his class despite his complete lack of ability in that regard. On the other hand, his classmate and rival, James "Sully" Sullivan (voiced by John Goodman), has the build and natural ability to be the best scarer in the world but seems intent on coasting through his classes and work.

By the end of the film, the two become friends and join forces to be the record-setting duo they are in "Monsters, Inc." The themes of "Monsters University" can be applied to families. Parents can use the film to teach their children that every person (or monster) has their own unique talents and gifts that are necessary to help families achieve the greatest amount of accomplishment and cohesion and that no one's role in the family is more or less important.

In "It's a Wonderful Life," George Bailey (played by Jimmy Stewart) is considering suicide by jumping off a bridge due to heavy debts he is facing and an overall feeling of failure. Before he attempts to take his life, however, he is met by an angel who shows George how tragically different the world would be had his desire that he had never been born been fulfilled. Seeing all the good that he had accomplished and could yet accomplish, George discovers that it is in fact "a wonderful life."

In some regards, it is almost unfortunate that "It's a Wonderful Life" has become so synonymous with Christmas. While the film is set during Christmastime, its messages about how much good even seemingly small acts can do and finding contentment and purpose are universal and relevant year-round.

"Remember the Titans" takes place in Virginia in 1971 where new integration laws force T.C. Williams High School to enroll black students. In part to comply with new standards, the school appoints a black man, Herman Boone (played by Denzel Washington), to be the head football coach.

Striving to field the most competitive team possible, Boone selects white and black staff members and players. Old feelings die hard as the team confronts racial tensions and hatred amongst themselves, their supporters, referees, opposing teams and fan bases.

Throughout the season, the team forms an unbreakable bond and becomes one of the greatest high school football teams ever assembled as well as a symbol of change in the state that once held the Capitol of the Confederacy.

The overall message of "Remember the Titans" about the evils of racial hatred are important for audiences of all ages. The development of the football team has some great moments that can be applied to families, as well.

Through the course of the film, the team learns how to be cohesive and strong despite having participants with greatly varying personalities and upbringings. They are able to do so because of the respect for each other instilled by coach Boone who said in a poignant moment with his team at a battlefield in Gettysburg, "I don't care if you like each other, but you will respect each other." Not all family members (especially children and teens) are always going to be best friends, but having a high level of respect and acceptance goes a long way to family happiness.

In "Despicable Me," the simply named Gru (voiced by Steve Carell) is a world-class villain. With the help of his minions, he decides to kick it up a notch and he concocts a plan to steal the moon.

His plan is thwarted, however, when his shrink-ray gun is stolen by a new villainous rival named Vector (voiced by Jason Segel).

After many failed attempts to retrieve the shrink-ray, Gru devises a plan to adopt three orphaned sisters to obtain the tool. After becoming their legal guardian, however, Gru begins to have a change of heart and has to decide whether his aim to become the world's greatest villain or being a dad is more important.

Obviously, (hopefully) most parents do not hope to go down as the greatest criminal mastermind of all time. However, millions of parents are forced to decide everyday whether or not their career aspirations and dreams are more important than being actively involved in their children's lives.

"Despicable Me" is a funny and enjoyable film about which choice will bring more happiness. What are some of your favorite family movies with good messages? 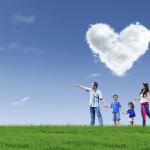 How to Focus Your Family on Love