4 of the best discipline routines for your children

These easy routines can change little monsters into little angels.

Do you feel like your kids are getting a little out of control? Have you found a discipline system that works for your family? These are sometimes the hardest questions to ask yourself as a parent because you love your children and you don't want to think they are becoming little brats.

Realistically, they really aren't becoming brats, but they probably do need a little more order and respect in their lives. This is a hard task but not unrealistic.

Here are four of the best discipline routines

It's best if the children have the opportunity to see the discipline coming. If it's out of the blue then the children feel like it's unfair and don't learn from it. They will become afraid of you instead of understanding that you are teaching them.

A common mistake is empty threats. They last for a while, but then the child realizes nothing ever comes from the threats. Patrick Coleman says, "It's worse when the threats challenge the foundational relationship between a parent and child. Threats to stop loving a child, or threats that they will lose their home or safety are deeply damaging. Research has shown that such threats lead to stress, depression, worse behavior, and bullying."

Instead of just threatening, give your children three warnings then give them the punishment. It's OK to punish your children. As you follow through with the warnings, you children will realize you are serious and will stop pushing you and start listening after the first couple warnings.

Time-out is a great solution because it gives them a chance to think through what they did or learn to control their anger.

A common mistake is giving discipline when you are angry. Sometimes giving your child a time-out is the best solution because it also gives you the chance to get a time-out to collect your thoughts and your anger. Coleman continued on by saying, "Going in to discipline angry removes a parents ability for perspective-taking. A parent who can't see things from their child's point of view can't help their kid understand where they went wrong. They can't help them think of solutions."

When a parent is angry, it "floods [the child] with stress. They may comply to make the anger go away, but they certainly aren't able to listen and learn. Which means their behavior is unlikely to change in the long run."

Don't feel bad if you have to walk away from the situation and then come back to your child to talk about what happened.

Take things away or make them miss out on things if they are behaving incorrectly or being disobedient. There are many consequences or punishments you can choose for your child. Whatever you decide, make sure you are consistent in enforcing the consequences.

Again, instead of learning from their mistakes, being inconsistent makes the children feel unsafe and anxious at home.

Talk with your child about their actions, responsibilities and the family rules.

A common mistake is being unclear about the reasons why or what the punishments will be. The article said, "When these values are clear and codified they can be used to set clear and well-defined boundaries. Those boundaries give a child direction. Enforcing those boundaries and knowing the reasons they are enforced helps a kid internalize the values and act in accordance to them even when they are away from the parents."

Don't think that you only have to talk about it when they have done something bad. You can talk to them over meals or in the car. Giving your child reminders will help them understand the boundaries, and it will teach them to follow rules.

Starting new habits can be hard, but the best thing for your family is to start today to help them become more respectful and obedient children. 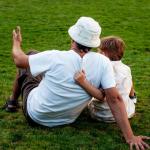