Religion in America is declining. Believer or not, this matters for the simple reason that we all benefit when religion is part of our national character. Here's why.

According to a recent survey done by the Pew Research Center, the number of U.S. adults who do not identify with any organized religion is growing. These changes are taking place across religious groups. Christians are being hit particularly hard. The percentage of adults (ages 18 and older) who describe themselves as Christians has dropped by nearly eight percentage points in seven years, from 78.4% (in a comparably extensive Pew Research survey in 2007) to 70.6 percent in 2014.

Over the same period, the percentage of Americans who are religiously unaffiliated - describing themselves as atheist, agnostic or "nothing in particular" - has jumped more than six points, from 16.1 percent to 22.8 percent.

Why should you care about the decline of religious affiliation?

In spite of what many people who are religiously unaffiliated may believe, there are both well-researched and tangible benefits to being a regular churchgoer and having a strong set of religious beliefs.

1. Religious attendance at church adds years to your life

According to Stanford anthropologist T.H. Lhurman (a self proclaimed non- believer) in an article she wrote entitled, "The Benefits of Church," Luhrman states that: "One of the most striking scientific discoveries about religion in recent years is that going to church weekly is good for you. Religious attendance - at least religiosity - boosts the immune system and decreases blood pressure. It may add as much as two to three years to your life."

A recent study by the Austin Institute for the Study of Family and Culture also found that a strong correlation exists between religious affiliation and personal happiness. Forty-five percent of people who attend a religious service weekly say they are 'very happy,' while only 28 percent of those who 'never' attend said the same.

Catherine Sanderson, a psychology professor at Amherst College, recently gave a talk, "Positive Psychology: The Science of Happiness," in which she said that people who have religious or spiritual beliefs are happier than those who don't, no matter what their belief system is. "Happiness matters," says Sanderson. Happy people are more helpful, more productive and more loyal. Happy people are in better physical shape, healthier and heal faster.

Religious beliefs, Sanderson goes on to say, "give people a sense of meaning." It also gives them a social network. "It gives a sense of well-being or comfort." She also says that people who are believers have a particular mindset that helps them make sense of tragedy and loss: the power of prayer, the belief in an afterlife, the sense that a higher power is looking after them, that things happen for a reason.

4. Organized religion helps others all over the world

Churches in America send thousands of people and many 100,000's of dollars all over the world annually to help victims of tragedies everywhere. There are religious denominations who operate and maintain orphanages in third-world countries. There are several denominations who have founded and built hospitals.

Our society benefits when religion is part of our national character. In general, regular church goers drink less, smoke less, use fewer recreational drugs and are less sexually promiscuous than others. (Lhurman) The decline of people who identify themselves with organized religion should be a concern for believers and non-believers alike.

We are made richer by faith and poorer by doubt. Faith is a choice worth making. If you're not a believer, try going to church this week and find out what you've been missing. 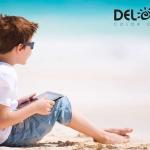 5 Ways You Are Hurting Your Children This…